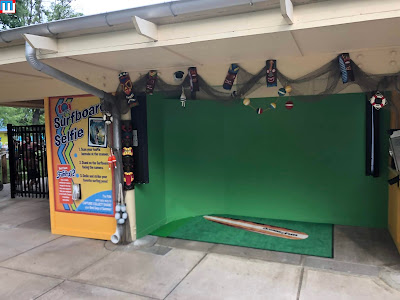 Oceans of Fun has gotten into the fun with Fun Pix with this new photo op.  You stand on the surfboard and then the green screen around you is replaced with a wave.  It is a really neat effect. 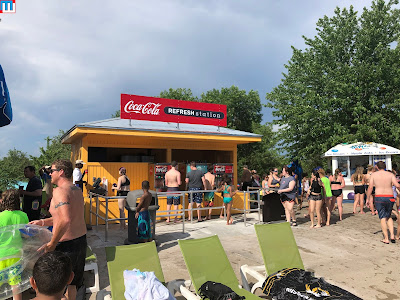 As the popularity of the refill bottles continues to increase, more Coca Cola Refresh Stations are being added to both parks.  This one is up near the wavepool.  There is another down by the lazy river in what used to be the tube rental building. 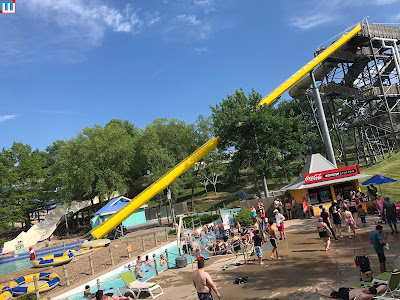 Hurricane Falls received a new wrap on its raft return conveyor belt.  The new bright yellow wrap really adds a pop of much needed color to this section of the park. 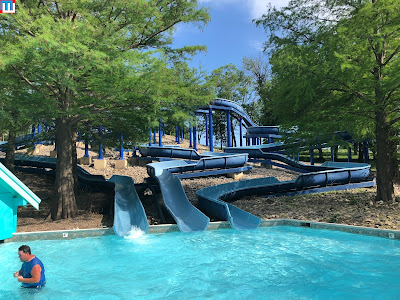 And then there were ONE?  Diamond Head is probably on its final season at the park.  It opened for the season with only one of its slides operational.  The middle slide never did work last season.  With the park needing capacity and this being a prime location, it is time to upgrade.
Labels: Oceans of Fun
Newer Post Older Post Home