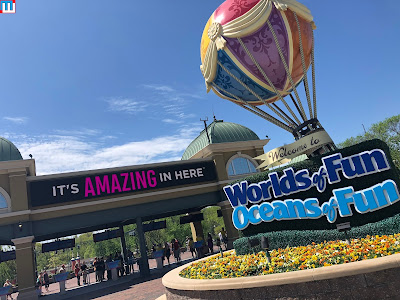 Welcome back to WOF.  We are going to take a look at recent changes to the park.  Starting with the welcome balloon planter which looks much brighter now that its flowers have filled out. 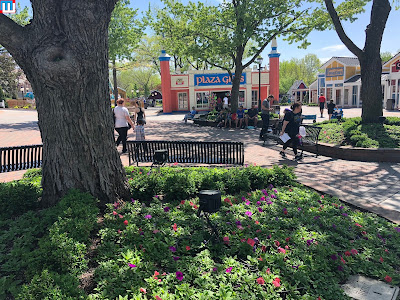 The flowers around the trees in International Plaza are starting to bloom.  Once they do, that will give the area a lot of needed color. 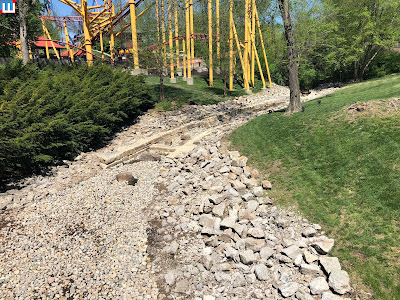 Work continues on the hardscaping of the river that runs under the Orient-Scandinavia bridge. 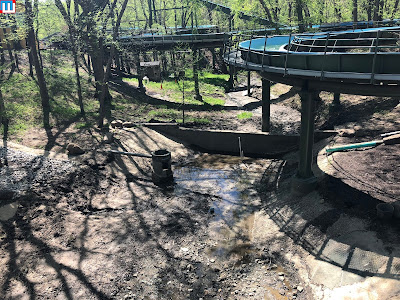 Doesn't look like much work has taken place on the other side of the bridge, yet. 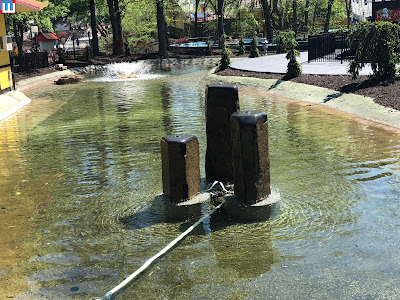 A new water feature was added to the Bamboozler lake.  These three tall granite structures have water coming out the top and then trickling down the sides. 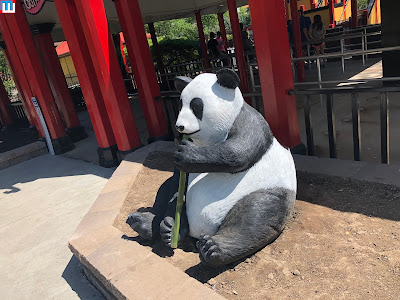 A new panda statue has been added just outside the queue for Bamboozler.  I hope they add some bamboo or similar greenery around him to finish off the look. 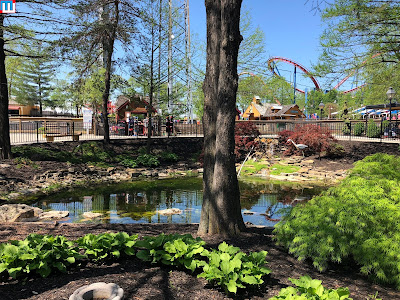 The dragon kites that were flying over this lake have been removed.  It is possible that they were damaged by the severe storms that we had roll through the area this past week. 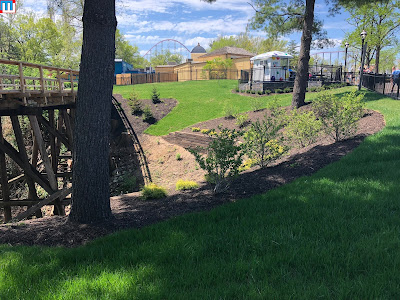 More work has been done in this area.  It looks amazing and a major upgrade from the overgrowth that had been there for years. 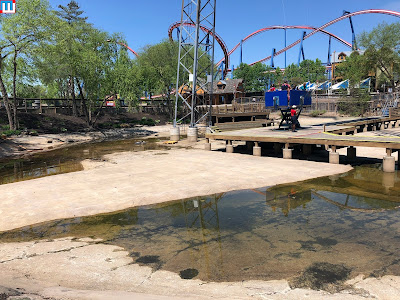 RipCord Lake is still dry.  We've been told that they are going to reseal the lake to help with loss of water.  Apparently the foundation had become very cracked. 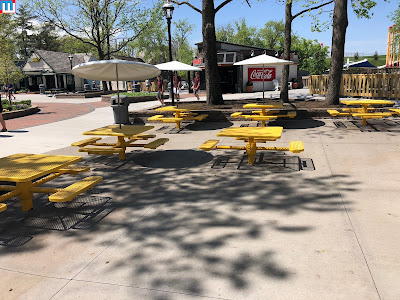 The dining area near the Americana food court looks very nice and organized.  I am glad they made the decision to expand it this season. 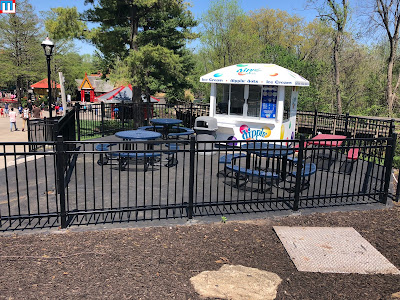 The Dippin' Dots stand has returned.  We'll see if they ever use it this season. 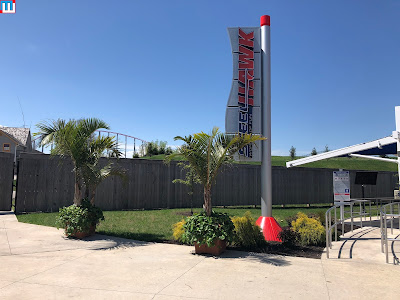 Large potted palm style plants have been added near Steel Hawk.  There are several more on the other side of the ride leading to Patriot Plaza. 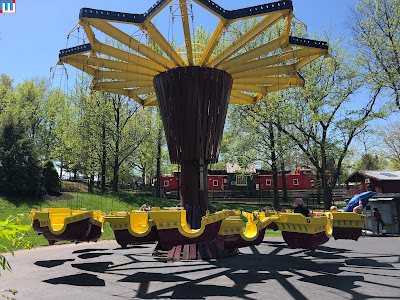 We unfortunately have missed this on our previous visits, but Flying Dutchman received a new paint job this off season and looks great.  We hope eventually the park can replace some light bulbs on this ride as most of them are out at night. 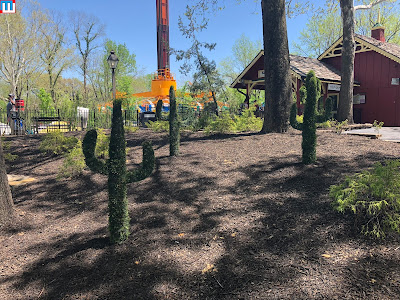 The topiaries continue to arrive.  Some new smaller cacti have appeared near the Depot. 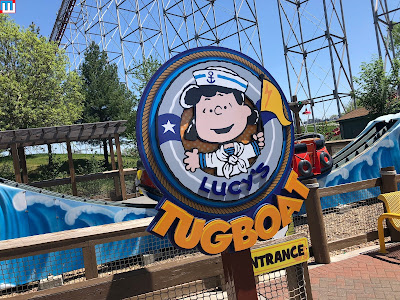 We finally made it up into Planet Snoopy and were delighted to see that they replaced the signs that were sun damaged last season. 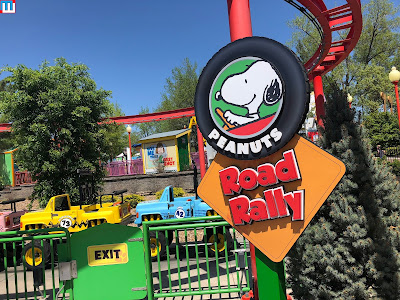 We are so happy to see the park doing the little things right so far this season. 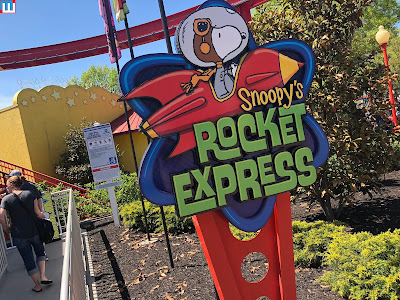 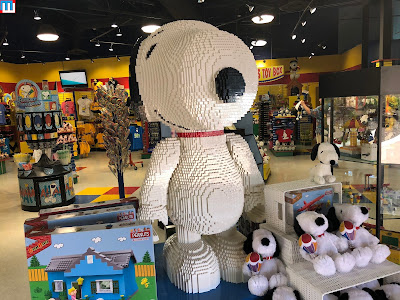 Finally, there is a new Lego style Snoopy model on display at the gift shop in Planet Snoopy.  This is to help promote the new Lego style building sets the park is selling this year.