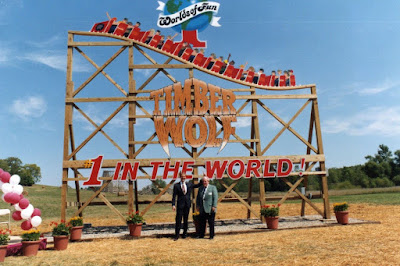 Timber Wolf debuted in 1989 and later went on to be name the #1 coaster in the world.  It helped to put Worlds of Fun on the map.  However, age was not kind to the wooden coaster. 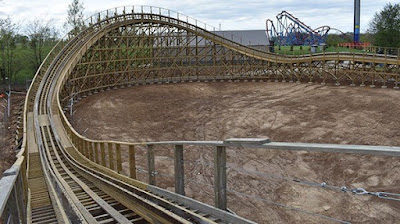 Fast forward to 2018, the coaster, now nearing its 30th season (next year) has been reborn with a brand new reprofiling that included this new turn that takes the place of the former helix which many viewed as the roughest part of the entire ride. 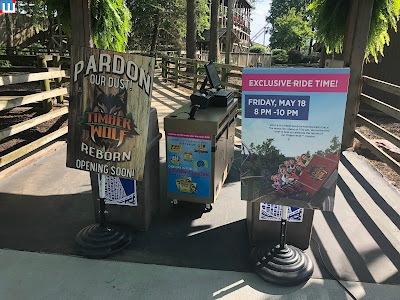 Tonight, Friday May 18th, the park is letting Gold and Platinum Passholders get the first official rides on the New Timber Wolf Reborn. 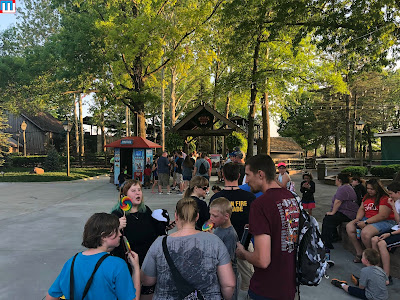 It didn't take long for the line to form once it got close to 7:30pm 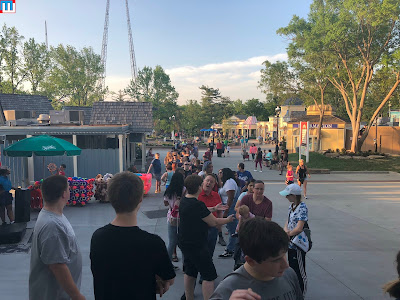 The line stretched down the hill to the new fountain. 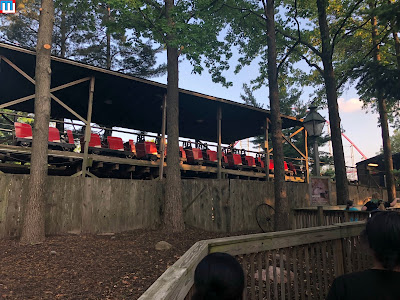 The park decided to let us in early and after getting our passes checked we made our way up to the station. 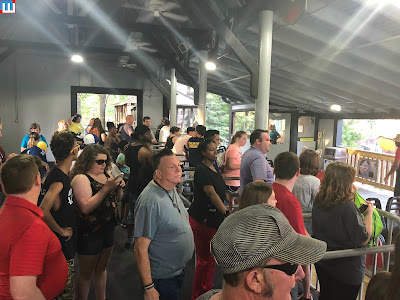 The crowd quickly started filling in the lines in the station. 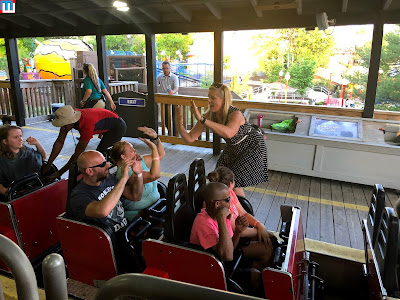 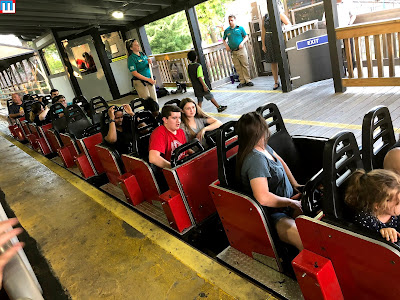 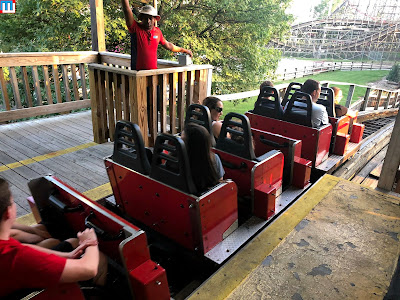 The second train heading out. 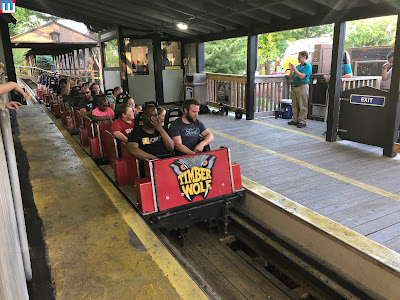 The first train arriving back in the station. 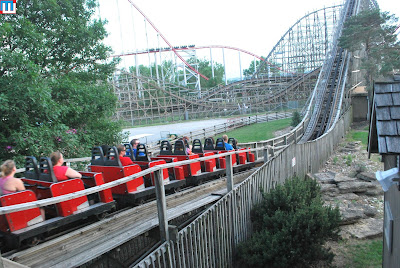 The first part of the ride was reprofiled not that long ago and is still pretty smooth. 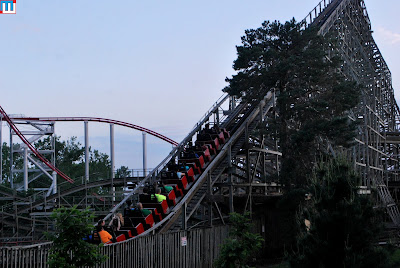 Train heading up the lift hill. 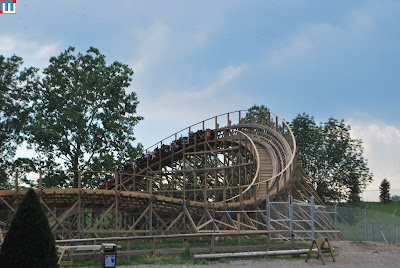 The new turn is a much needed fix for the ride. 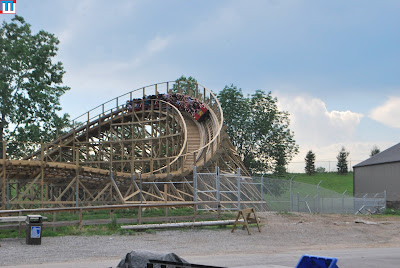 While it not overly remarkable by itself, it helps maintain speed into the second half of the ride. 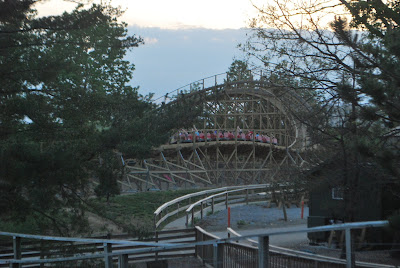 Not to mention that we no longer have the jack-hammering that was a big part of the helix that this new section replaced. 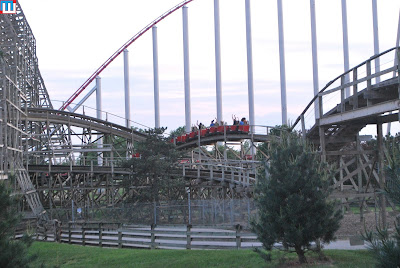 Once you hit this point of the ride, you can tell that this section hasn't received as much work as the first part of the ride. 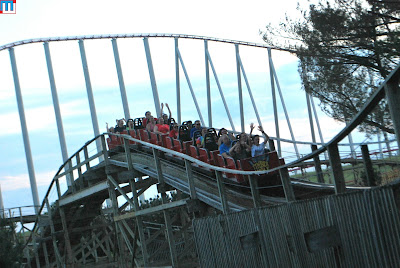 Once you hit this part of the ride, you get to experience that familiar "Dinn Shuffle" that we all know quite well.  The park has said that the reprofiling will continue in subsequent years and this area will be fixed soon. 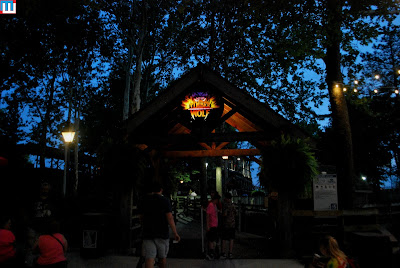