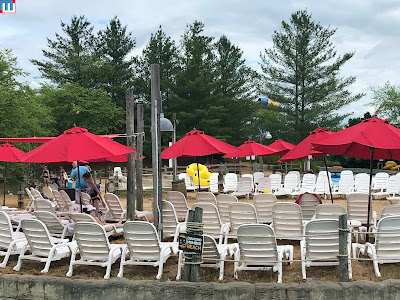 As we suspected, the clearing we covered in an earlier update was in fact for the new "Diamond and Diamond Elite Membership Beach" 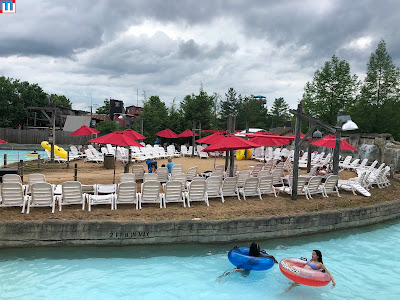 So if you have some extra money burning a hole in your pocket, you too can pay for the luxury of using this barren... I mean luxurious beach. 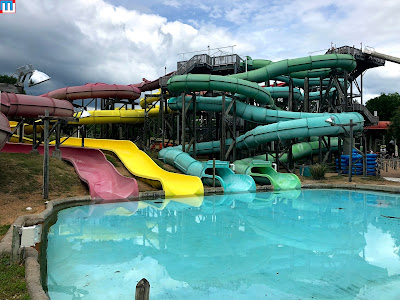 The tube slide tower is down right now for a major overhaul. 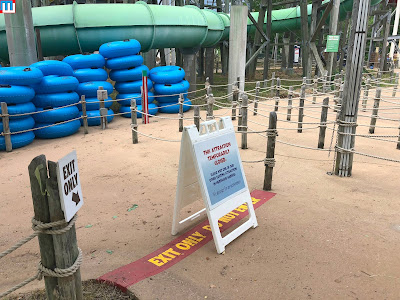 See the moose out front should of told you. 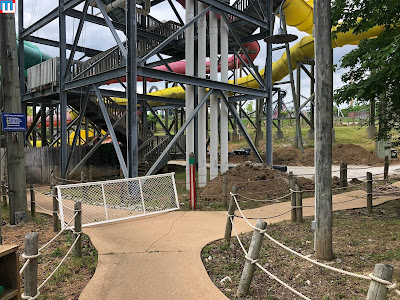 Basically they are having to replace most of the water pipes that feed the tower.  They had been having issues with water pressure for a few seasons now and they made the decision to go in and actually fix it this "off season" - it should be back open in a couple of weeks. 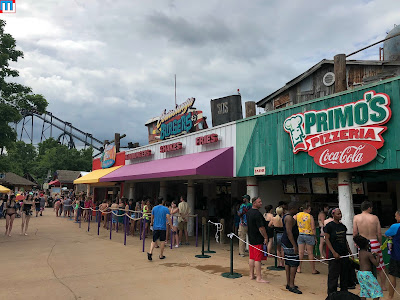 The restaurants have done a little switching.  The third stand here is now a frozen drink stand.  The frozen drinks have been moved away from the "adult drink stand" and I must say that it was a smart move.