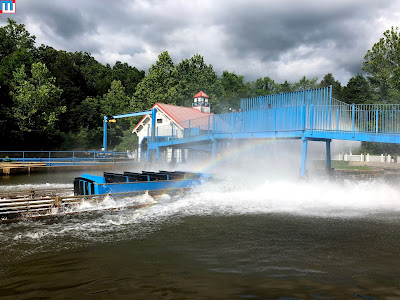 It's finally "summer" which means that Tidal Wave has finally opened for the season. 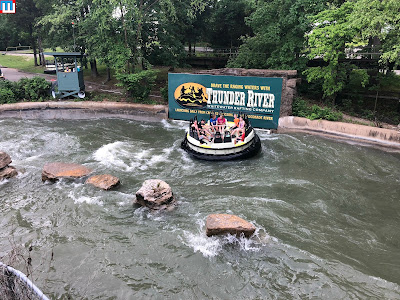 Thunder River is also open.  It has operated sporadically this Spring. 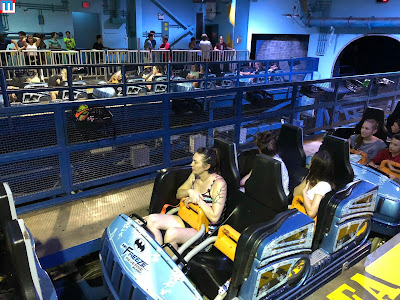 Mr. Freeze has received new baskets to store your stuff while you ride.  The former white baskets were looking pretty rough. 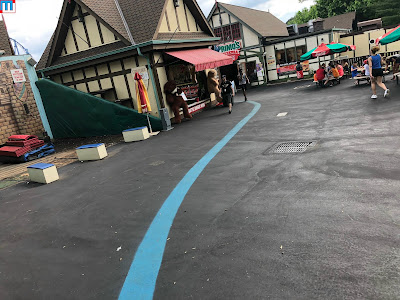 Some blue lines have appeared all over the park. 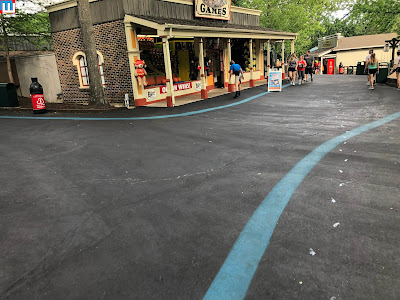 We're not sure what they could be for other than maybe the upcoming Mardi Gras parades. 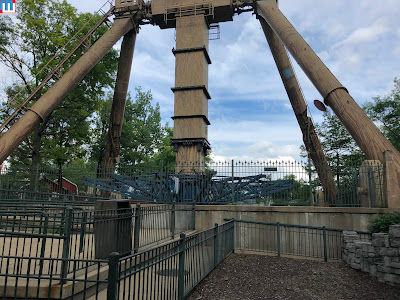 No visible progress at Xcalibur. 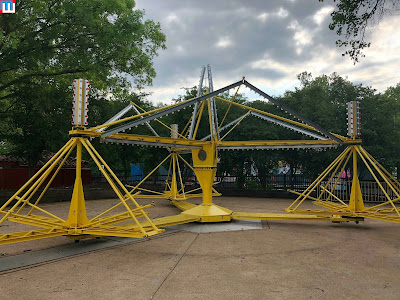 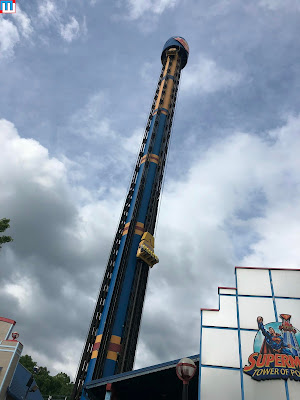 Finally, Superman appears to be having some gremlins.  It's having some major problems so far this season.