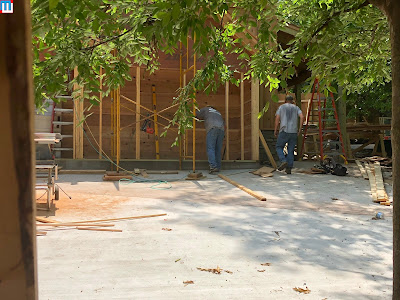 Things have really progressed at the Midtown Project since our last update.  There are now two distinct buildings (or facades) that have been built.  This is the building closest to Hill Street. 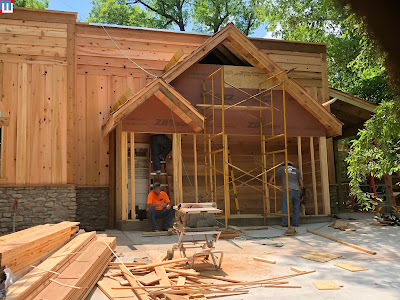 The way that this building has been constructed makes it appear that it will be completely for BOH operations. 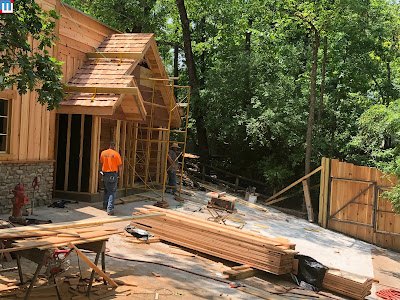 I do like the detailing that they have added. 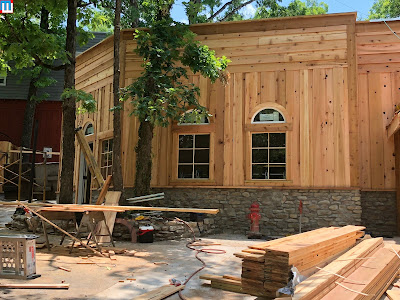 The second building facade (closest to Grandfather's Mansion) is a little more inviting. 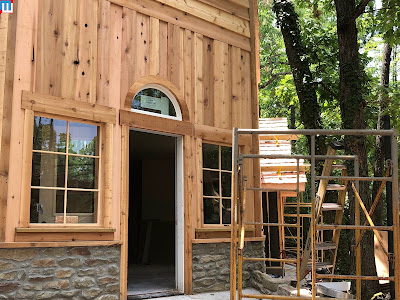 With a prominent doorway, we are not completely sold on this part being used for BOH. 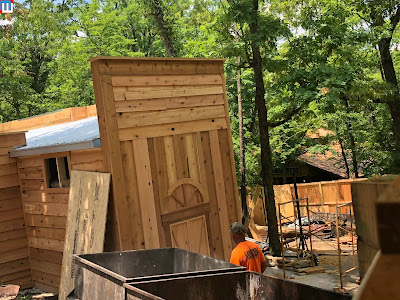 Some of the detailing on the second building facade that is closest to Grandfather's Mansion. 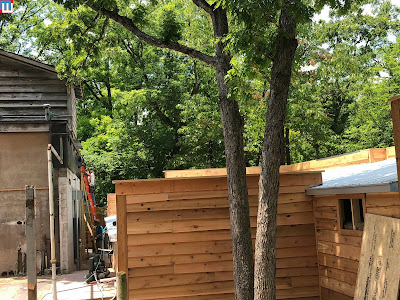 Finally, some work being done in the alleyway behind the new building.  Looks like the facade on the back of the other building is getting some attention.