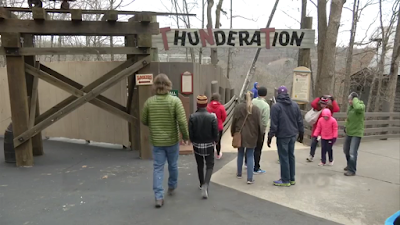 KY3 ran a report today on Opening Day at SDC.  The report really spent a lot of time around the construction area.  We've known that the TNT entrance had been moved for this season, but this is the first released photos of the entrance. 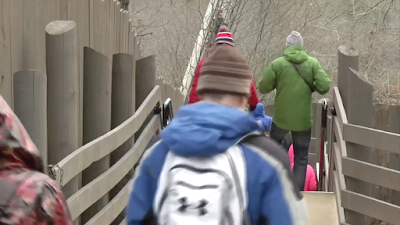 Instead of switchbacks, there are now stairs down to the queue line to the station. 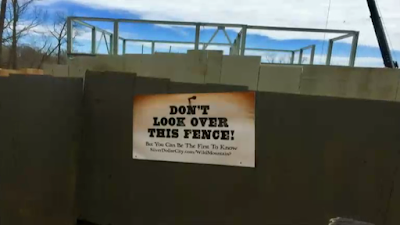 When you get to the bottom of the steps you are greeted by this fence and sign.  Even though it says to not look over the fence, KY3 did it anyway. 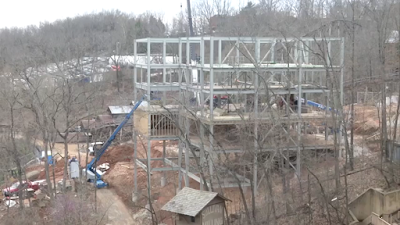 From the back porch of the Culinary School you can see that the building for the ride has now grown to 5 stories tall.  They are in the process of enclosing the 2nd level. 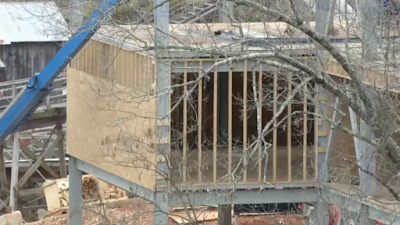 Here's a better look at the level that is being enclosed with walls. 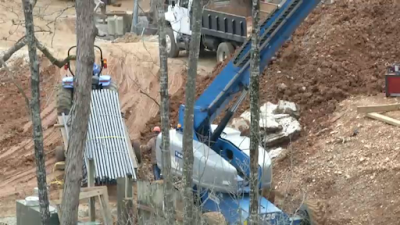 They are still doing a lot of ground work for the ride. 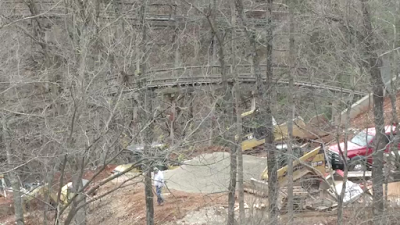 The final shot is from over near the exit to the tunnel on TNT.  This is going to be one large ride. 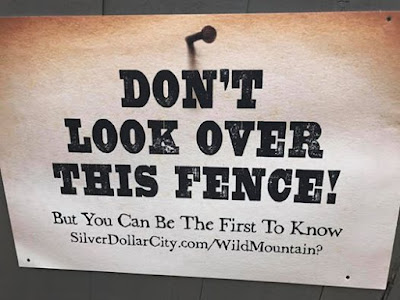 Finally if you wanted a better look at the sign on the fence, here you go.
The teaser campaign has started and the full reveal will occur in August.