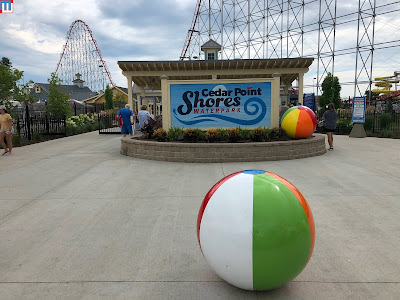 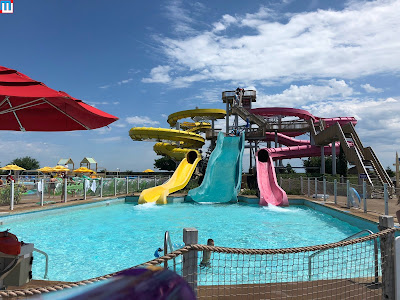 This tube slide complex is called Crosscurrent.  Honestly all three were fun.  The big slide in the middle really launches you across the catch pool 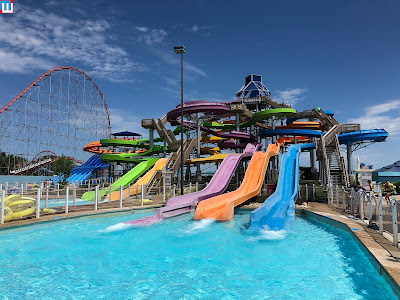 The purple, orange and blue slides are all body slides called Perch Plunge.  My favorite of the three was the orange slide.  It seemed to move a lot faster than the other two. 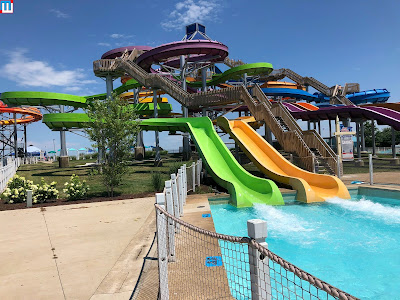 On the same tower as Perch Plunge are two more tube slides called Wild Walleye.  Both were relatively slow compared to the other tube slides in the park. 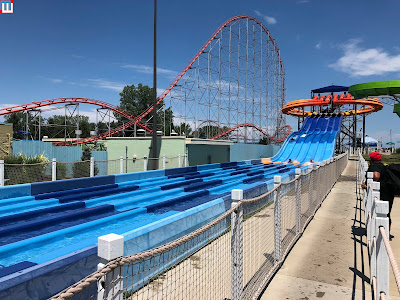 Riptide Raceway is a downhill head first mat racing slide that starts off with a tube portion.  It was a lot of fun.  The tube at the beginning really accentuates the speed you're going. 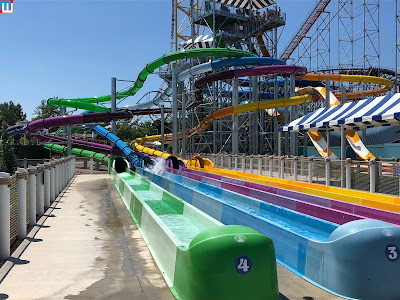 Point Plummet is a collection of 4 drop capsule body slides.  I liked how the park loads all for and then launches them at the same time.  It really helped move people through the line quickly. 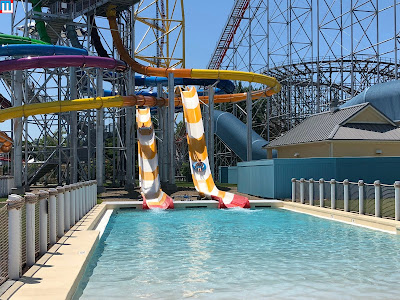 On the same tower is Portside Plunge.  One featured a camel back double down hill and the other had a straight down hill.  Both were a lot of fun. 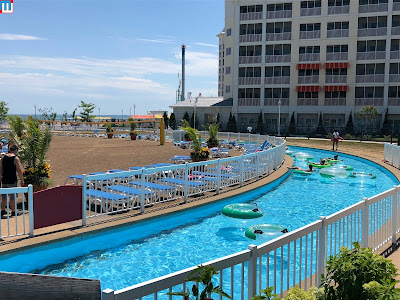 Cedar Creek is the lazy river in this section of the park.  I found it to be a nice long relaxing float. 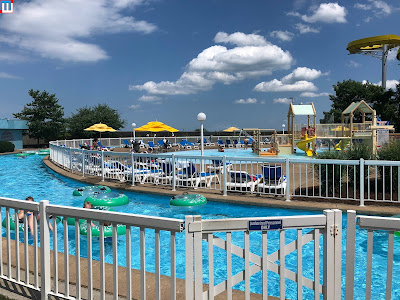 Part of Cedar Creek circles one of the kiddie areas called Waterin' Hole. 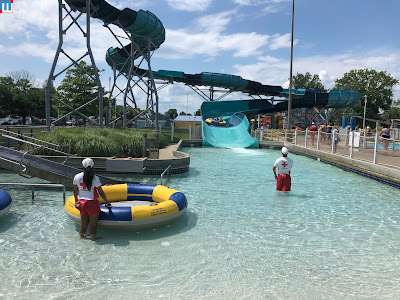 The park only has one large family raft slide and it is called Storm Surge.  If anything that is something the park could use - some of the more modern large raft slides. 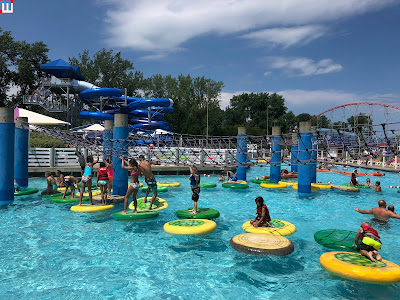 The Lily Pad Walk is pretty impressive.  It actually had several paths to choose from. 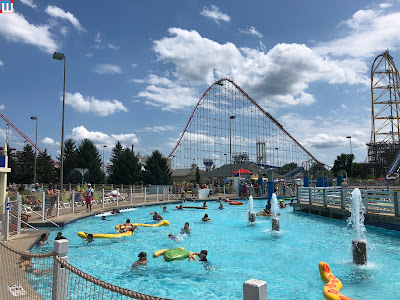 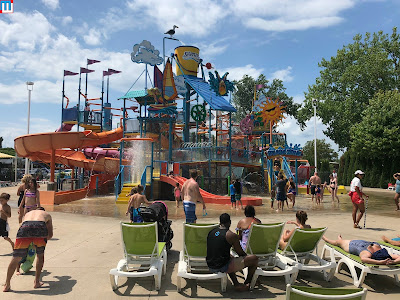 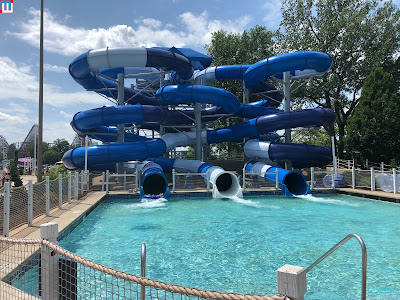 Lake Erie Nor'easter is another collection of 3 tube slides.  These slides really surprised me with their random waterfalls in the middle of the slide.  The tubes are pitch black and then all of a sudden you get smacked by a waterfall. 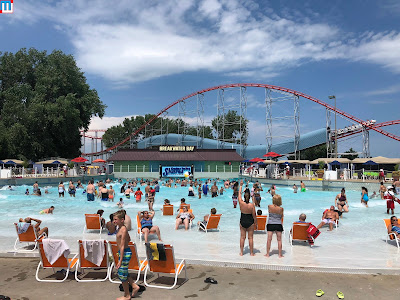 Breakwater Bay is the park's wave pool.  It had some pretty impressive waves. 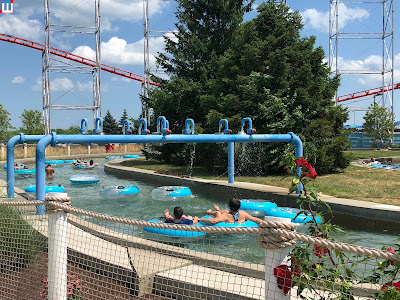 The park has another float river called Runaway Rapids.  Through out the course you will encounter water falls, water hazards (like these dumping buckets), geysers and even a wave machine. 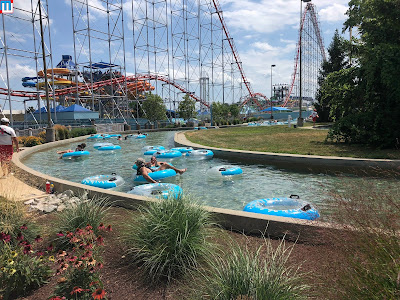 I was impressed with how long it was.  It took awhile to float around the entire course. 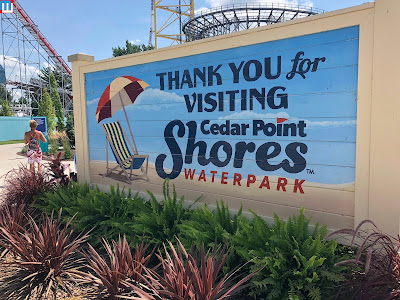 This was our first time visiting Cedar Point Shores and it definitely won't be our last.  This is a fun little waterpark and I think being able to watch so many rollercoasters while floating around or riding slides made it that much more enjoyable.
Labels: 2018 Trip Reports, Cedar Point Shores
Newer Post Older Post Home