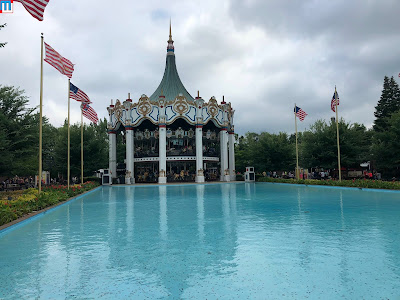 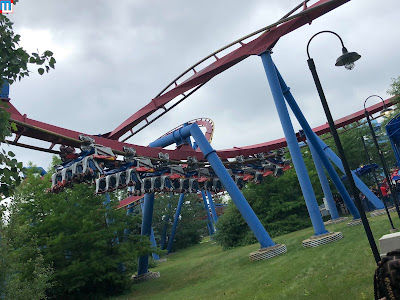 The park really has a great collection of roller coasters, including the B&M flying coaster, Superman Ultimate Flight. 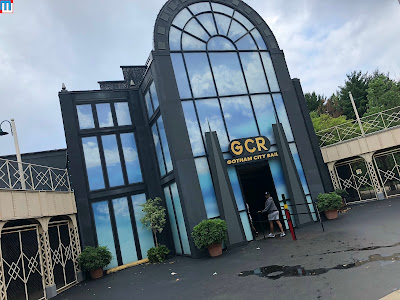 Inside this box is a themed mouse coaster. 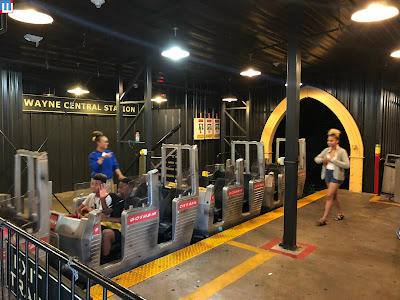 Even with several of the effects not working it is still a fun ride.  Side note, when did they change what side you exited the ride on? 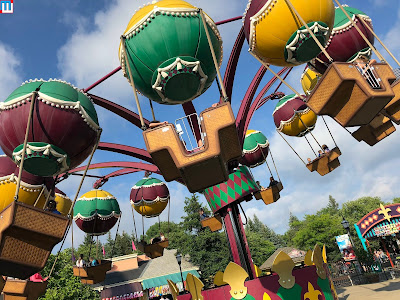 Big Easy Balloons.  One of the only "original" Mardi Gras section rides left. 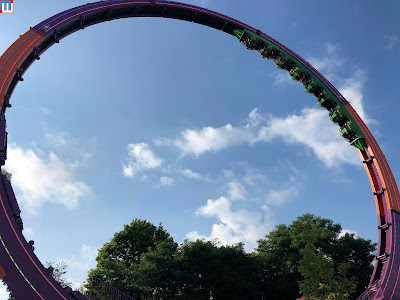 Mardi Gras Hangover (no that's really its name) is the new ride for this year.  Basically it is an oversized Larson Super Loop.  It rides just like the smaller versions. 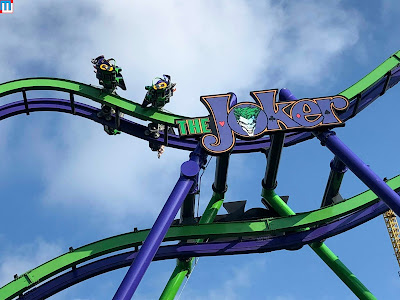 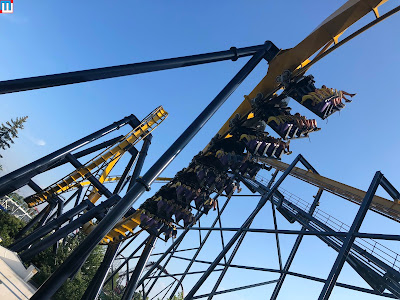 It might just be me, but I feel like the original Batman is more intense than the later clones that you can find pretty much anywhere in the USA. 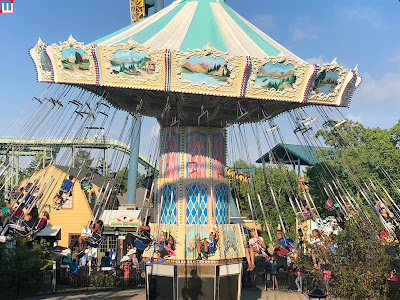 This is Whirligig.  No I am not sure why they haven't rethemed it to Crime Wave yet with all of the other Batman themed rides in the area. 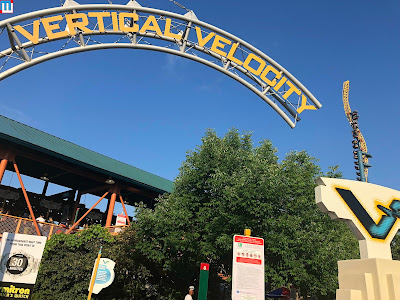 The same goes for Vertical Velocity.  It should have a Batman villain's name by now. 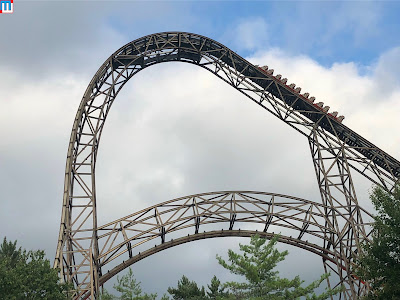 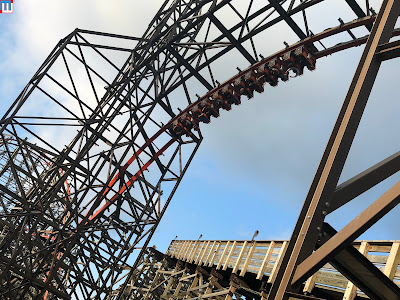 With so many of the newer RMC models starting to feel like the same maneuvers rehashed over and over again, Goliath is really a different monster.  The dive loop is just insane. 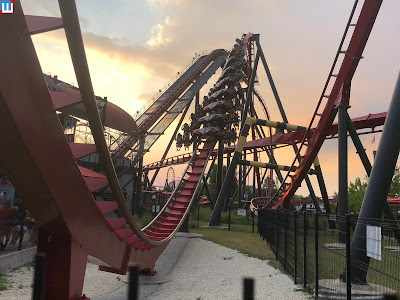 X-Flight is a lot of fun.  I've decided that I like the right side back seat the best. 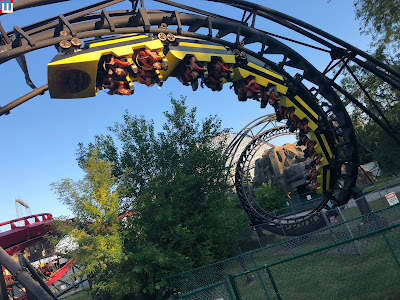 Demon is still going.  I actually had a decent ride with minimal head banging this time. 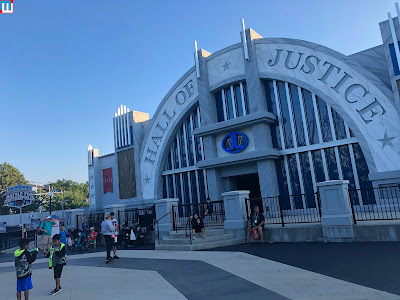 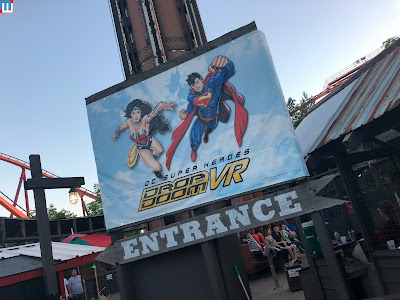 So I did the DC Super Heroes Drop Doom VR on Giant Drop and I have to admit that it seemed rather pointless to me. 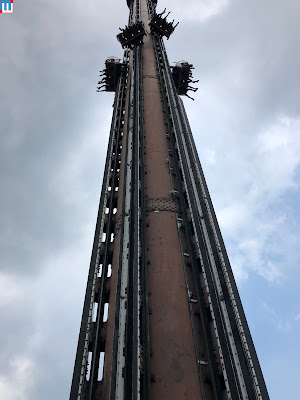 I rode again later without the VR and enjoyed it much more.  I guess I like to take in the views more than staring at phone screen. 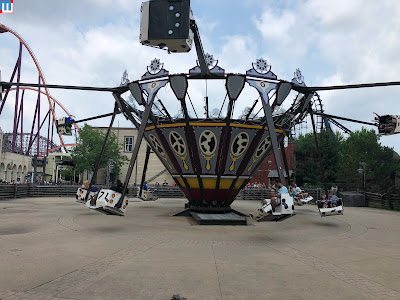 Ricochet is always a crazy ride.  Look how far out those arms swing. 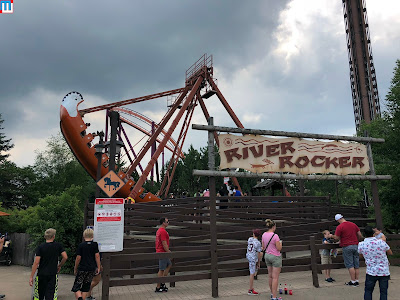 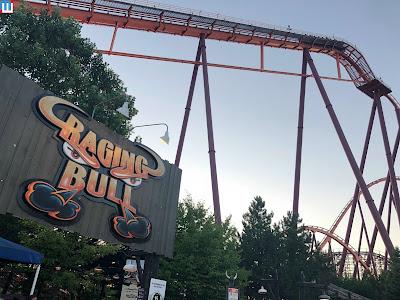 It makes me sad to remember how awesome Raging Bull used to be before they trimmed the heck out of it and killed the 2nd half of the ride. 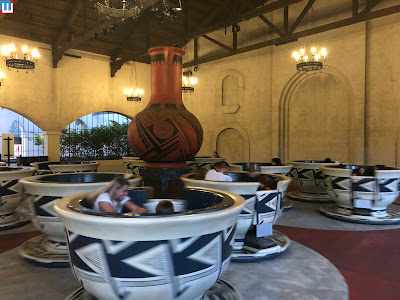 Chubasco.  I just really like the theme of the ride. 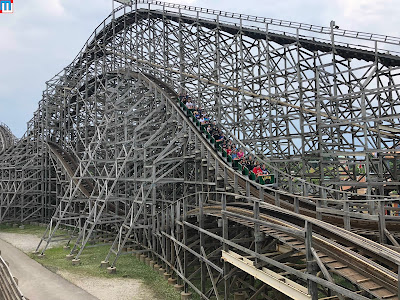 The park actually has a decent line up of "real" wooden coasters.  Viper is great if you ride in a "non-axle" seat. 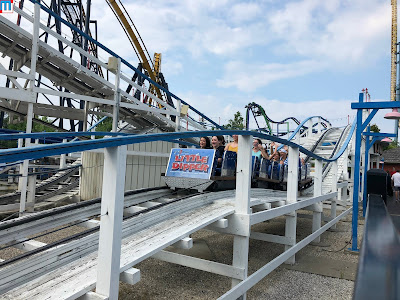 Little Dipper is always a must ride for me, because I remember riding it at its old home. 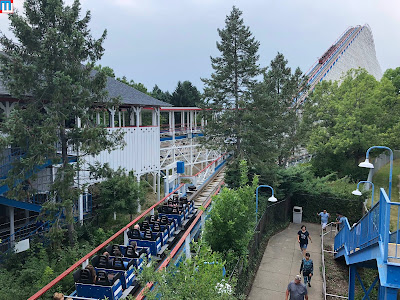 American Eagle is another good ride - if you ride in a "non-axle" seat.  I just wish they'd actually race it.  Not sure why they refuse to do that. 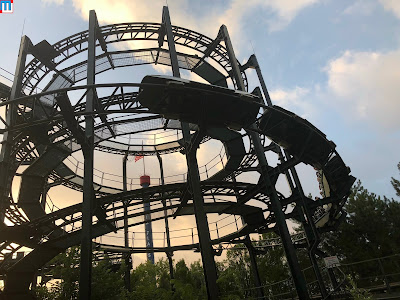 Whizzer is another must ride for me, because it reminds me of the Zambezi Zinger. 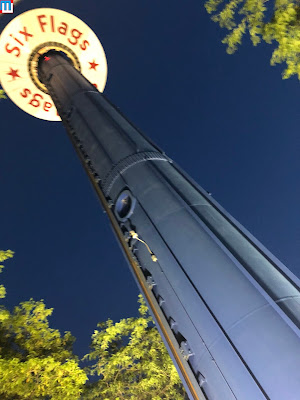 Sky Tower was actually open for a change, so I decided to take it for a spin. 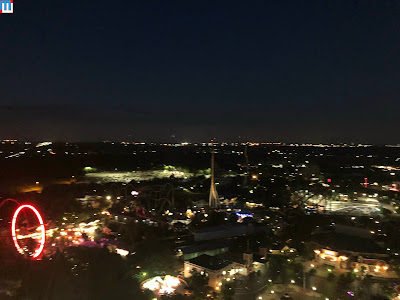 Not the most exciting skyline at night, but still fun to see everything from up high. 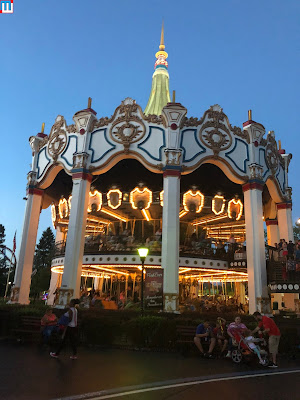