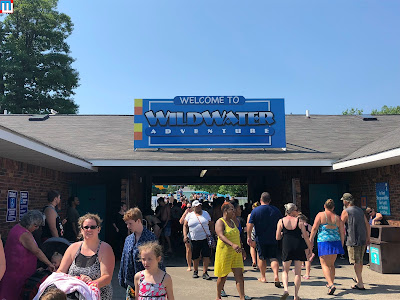 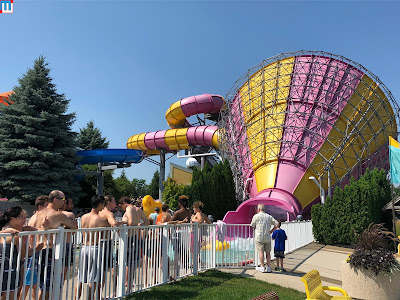 The marquee attraction at the park is the Funnel of Fear 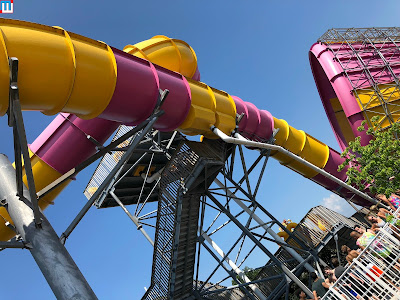 Up to 4 riders careen down in clover leaf rafts into a giant funnel where they zigzag their way on the walls losing momentum and coming out that bottom into the catch pool. 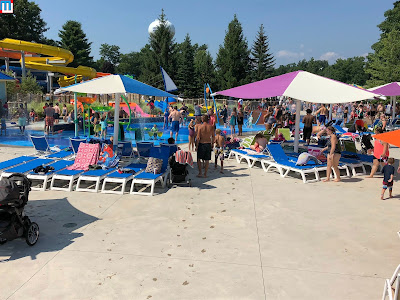 The new Half Pint Paradise was specially designed for the littlest guests.  It features many interactive splash pad attractions. 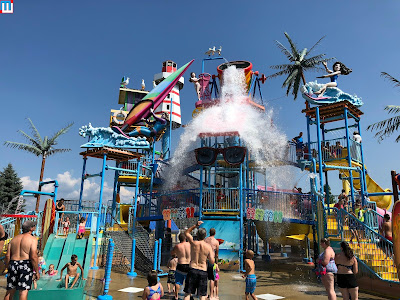 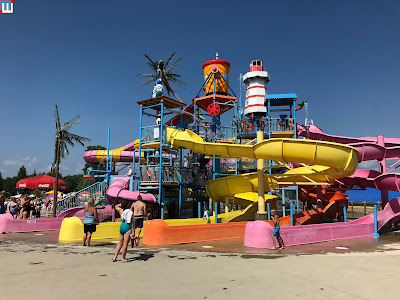 It features many different slides and water features. 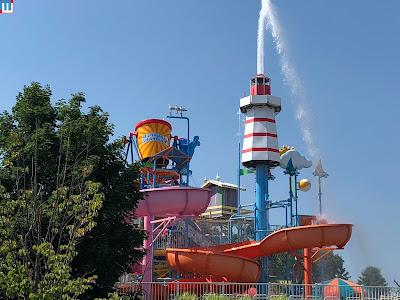 My favorite part of the fortress was this giant water geyser that would erupt every so often out of the top of the lighthouse. 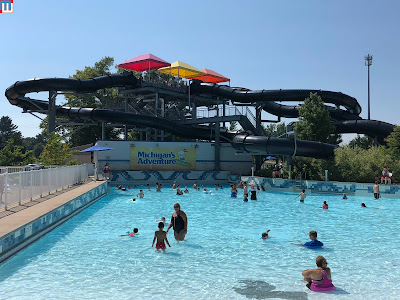 The park has several wave pools.  This one is Commotion Ocean. 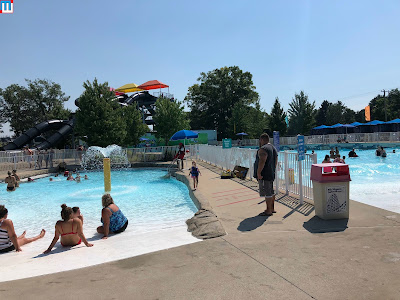 On the right is another one called Boogie Beach, it has more gentle waves.  On the left is another splash pad area. 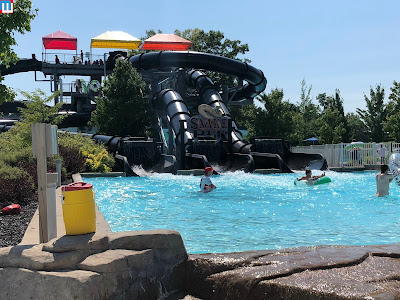 This is Snake Pit, a collection of dark tube slides. 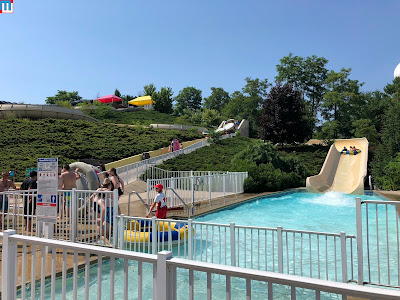 The park has two family raft slides.  One that is open called Mammoth River and an dark enclosed one called Mine Shaft. 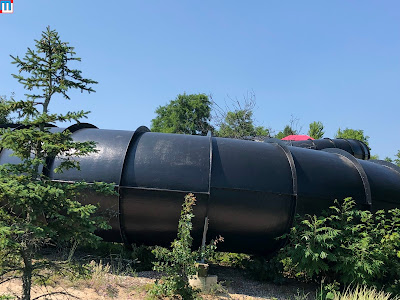 Here's another look at Mine Shaft. 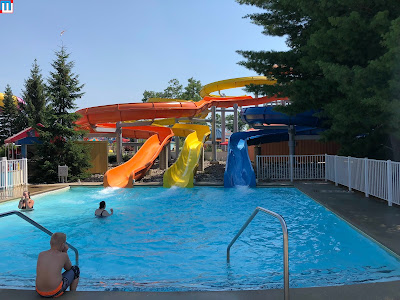 Slidewinders is a collection of 3 body slides. 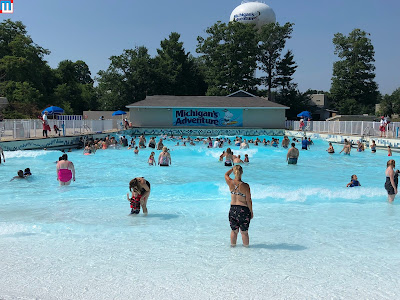 As noted before, the park has several wave pools.  The largest and the one with the biggest waves is called Tidal Wave. 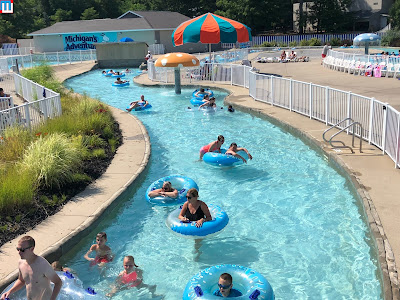 The park has a pretty long Lazy River. 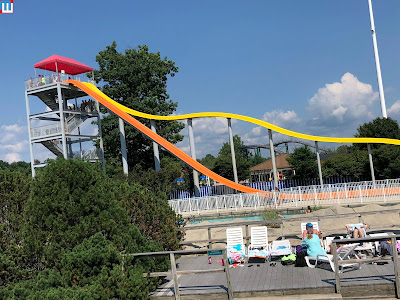 The yellow slide is Ridge Runner and the orange slide is Wild Slide.  They are both body slides. 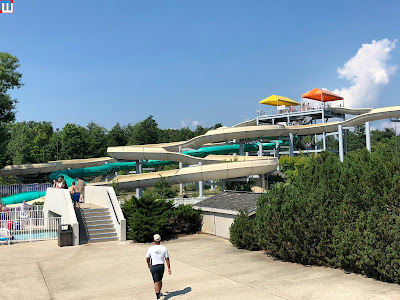