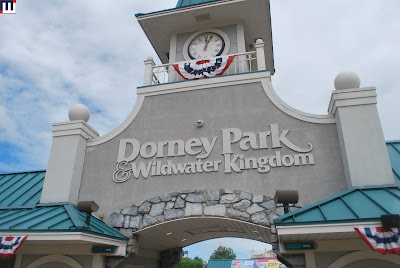 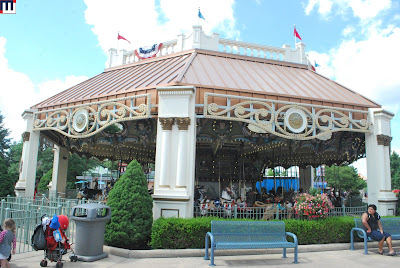 Much like at Cedar Point, you are greeted by a Carousel.  The similarities really end there. 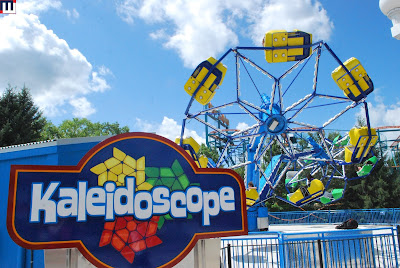 The park also received a Troika this season called Kaleidoscope. 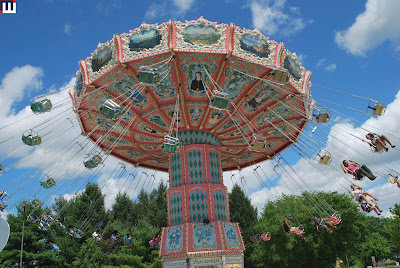 At the far end of the midway, the Bavarian Waveswinger thrills guests. 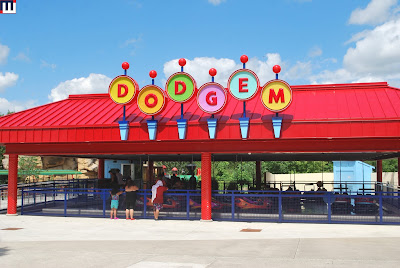 Also new this year is Dodgem which is located near Talon. 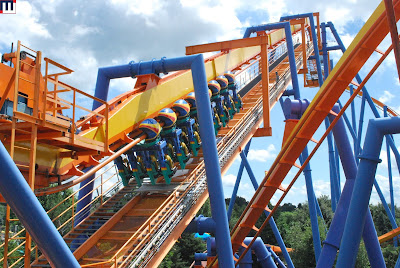 This is Talon, an inverted rollercoaster built by B&M. 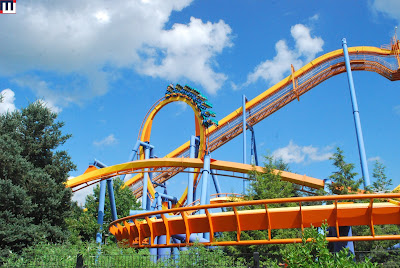 I really do like the color scheme of the ride, it really pops against the blue sky. 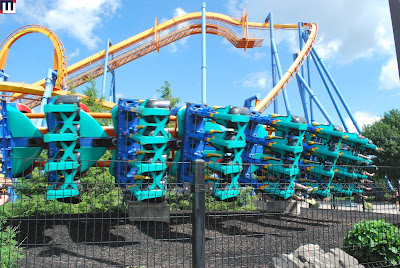 I also really like this low ground-hugging helix towards the end of the ride. 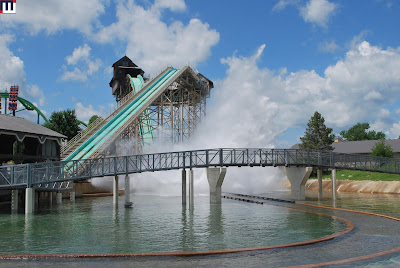 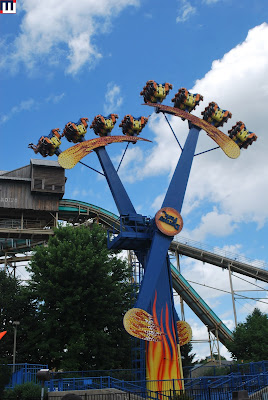 Meteor will send you head over heels on one of its two arms.  You will go both forwards and backwards as you kick the sky. 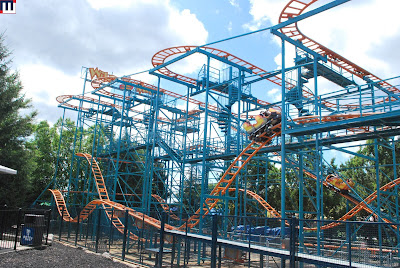 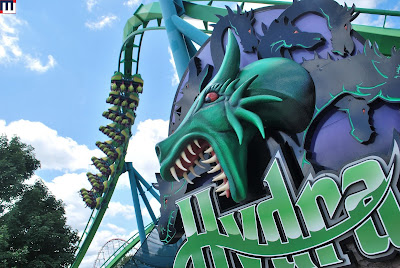 Hydra: the Revenge is a B&M built floorless coaster. 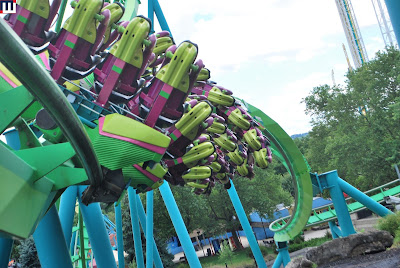 The ride starts with a very strange (and awkward) slow roll right out of the station. 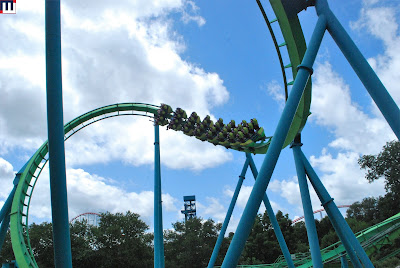 The ride also features one of the smallest cobra rolls in existence.  In fact one could argue that the trains do not full invert during this element. 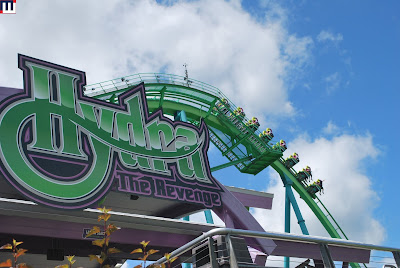 It is a fun ride, but I find it weird that this floorless coaster does not feature at least one vertical loop. 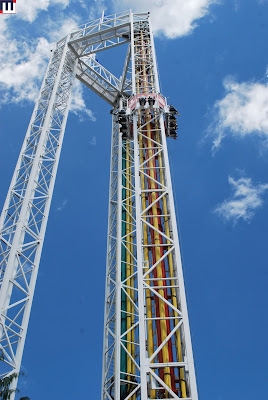 Dominator is the park's S&S tower rides.  One leg is a turbo drop, one leg is a space shot and one leg is weirdly empty. 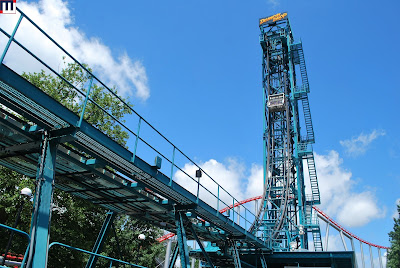 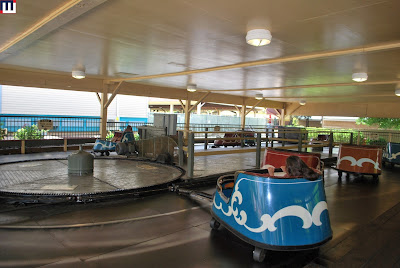 The park has a classic Whip ride. 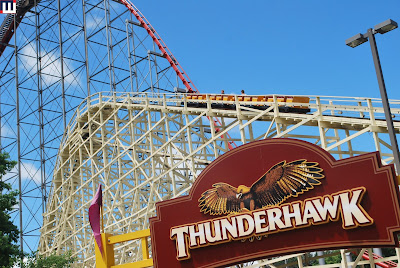 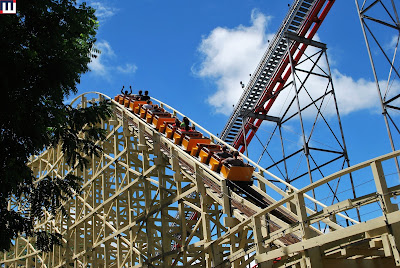 It features a traditional "dog-leg out and back" layout. 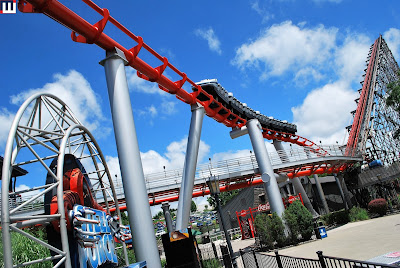 Steel Force is a Morgan built 205' tall hypercoaster that is celebrating 20 seasons this year. 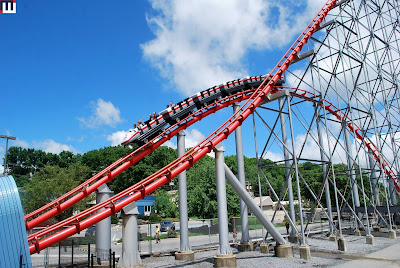 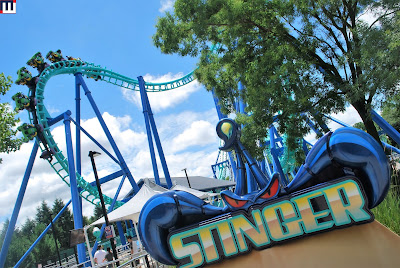 Stinger was actually working today.  This invertigo model features forwards and backwards facing seats which allows riders to face each other while riding. 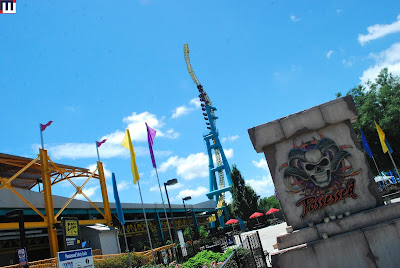 Possessed is a standard impulse rollercoaster with a twisting front spike and a straight back spike. 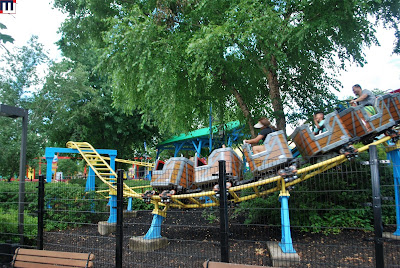 The park has one kiddie coaster called Woodstock's Express which is located in Planet Snoopy. 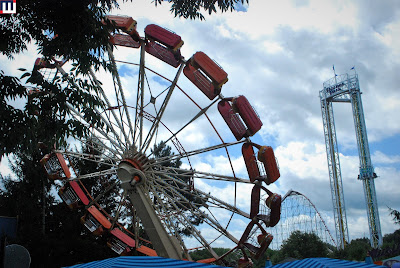 The park has a decent collection of flats which seem to all be located in the middle of the park.
Labels: 2017 Trip Reports, Dorney Park
Newer Post Older Post Home