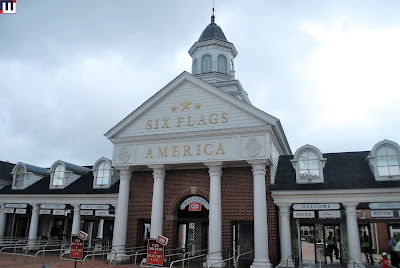 Welcome to Six Flags America which is just outside Washington, D.C. 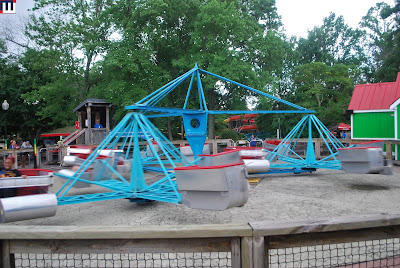 The park really doesn't have too many rides so I'm going to highlight most of what the park has to offer.  This is Cyclone, a classic Scrambler ride. 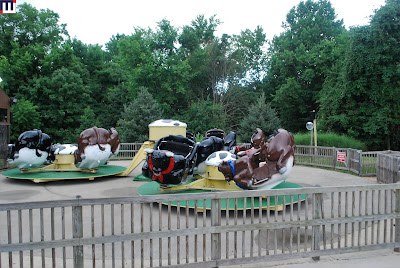 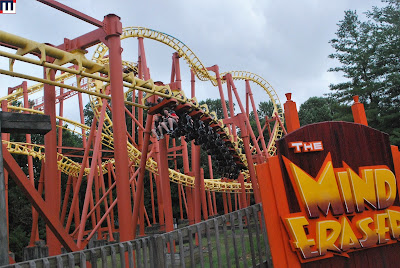 The Mind Eraser tries its best to give you a concussion while the train bangs its way through the course.  Extremely rough SLC. 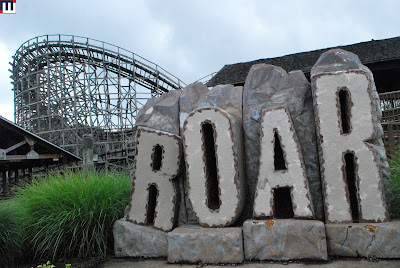 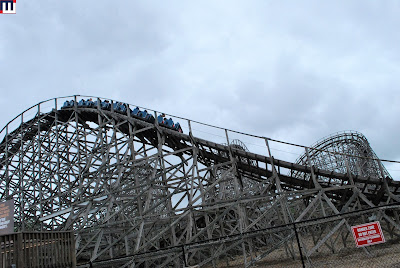 Granted I rode in the front row, but I found it to me fairly smooth. 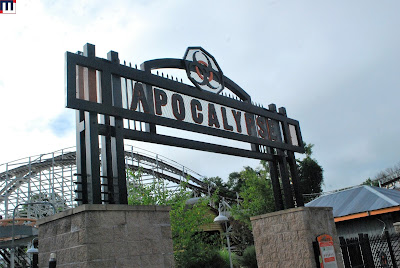 The park was the recipient of Great America's Iron Wolf B&M stand-up.  It now lives on here as Apocalypse, which apparently has a "doomsday" theme. 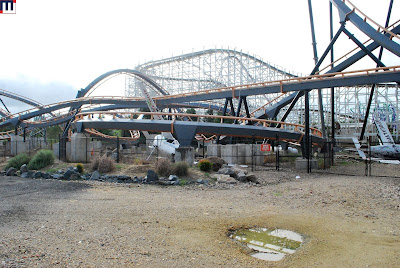 Several "crashed" airplanes and other debris make up the themeing for the ride. 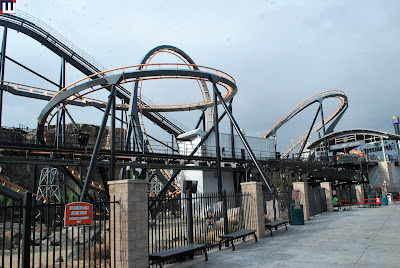 Iron Wolf is not any smoother here than it was in Gurnee. 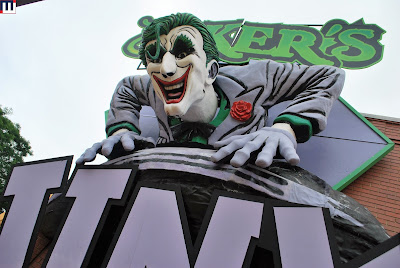 Moving into the Gotham City section of the park, we come across one of my all-time favorite ride marquees - Joker's Jinx. 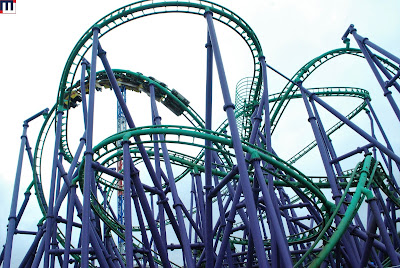 Joker's Jinx is a launched coaster that goes into a "spaghetti bowl" of twists and inversions. 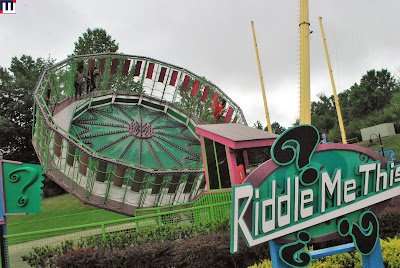 What has to be the smallest round-up I've ever seen.  This is called Riddle Me This. 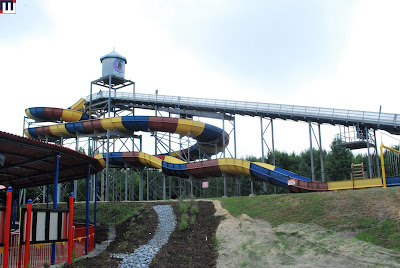 Penguin's Blizzard River is a raft ride that goes down this slide chute.  The only other ride that I have seen like this is Saw Mill Splash at Adventureland in Iowa. 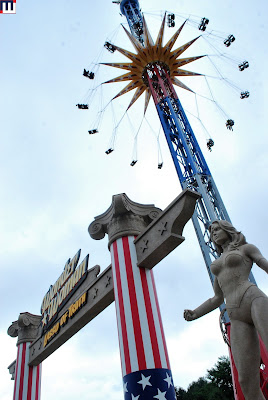 Breaking with tradition on naming these SkyScreamer, SFA decided to call their swings Wonder Woman Lasso of Truth.  Not sure if that makes the ride better or not, but I enjoyed listening to the cheesy theme song from the old tv show while flying around. 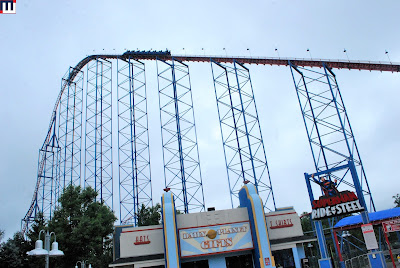 This is Superman Ride of Steel.  When designing this coaster, Six Flags must have received a discount on helices because really that's all this ride is.  3 big hills and two very large helices. 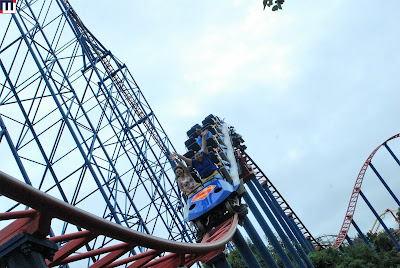 The hills and speed straight-aways are fun though. 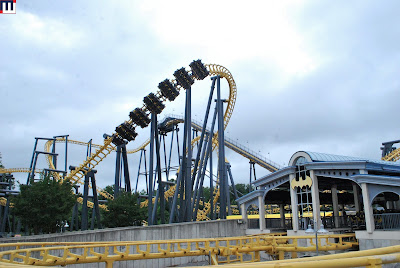 Batwing is the park's Vekoma flyer.  Like the other installations of this type of coaster, it suffers a lot of downtime.  If you can catch it open, it is pretty fun. 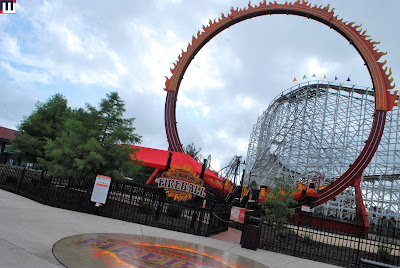 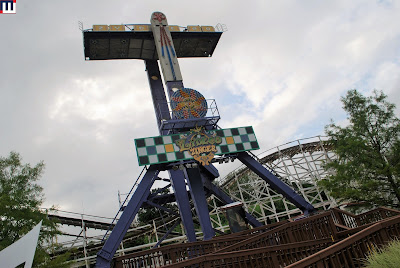 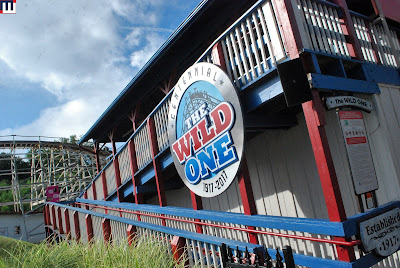 The Wild One is celebrating 100 seasons this year. 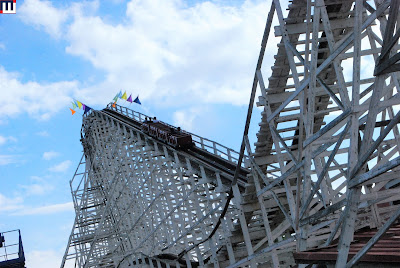 For a 100 year old coaster, it's actually pretty smooth. 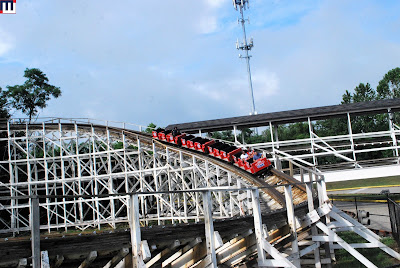 The coaster original started its life at Paragon Park in Hull, Massachusetts.  It was relocated to this park and began operating in its current location in 1986. 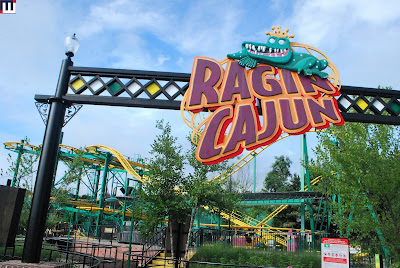 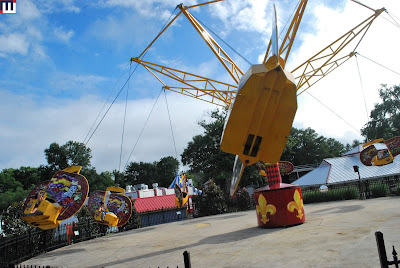 French Quarter Flyers round out the attractions in this section. 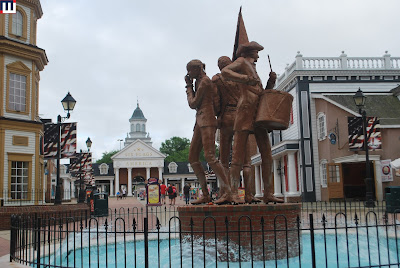 Well that concludes this park.  The big draw here is the waterpark which was closed due to weather.  Honestly if I didn't have a Six Flags pass and was passing through already I don't think I would have bothered stopping.  Definitely not anything that will bring me back here in the near future.
Labels: 2017 Trip Reports, Six Flags America
Newer Post Older Post Home