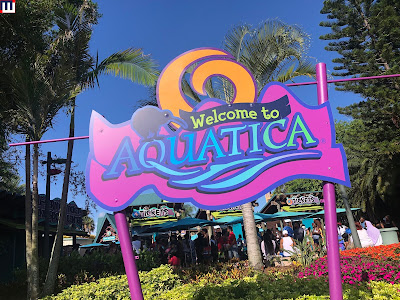 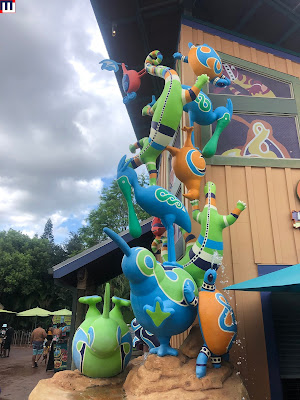 The park has a Austrailian / New Zealand theme to it 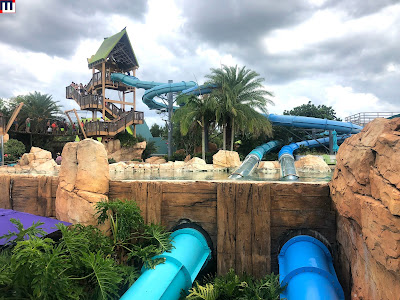 One of the marquee attractions at the park is Dolphin Plunge 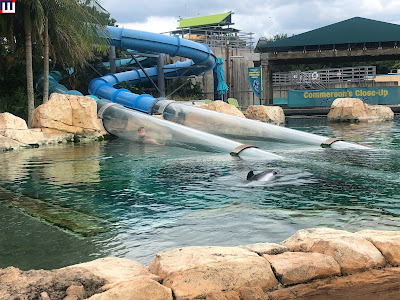 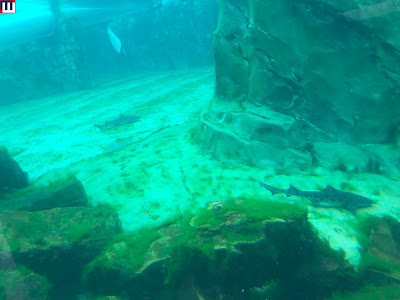 Well there are also sharks in there too 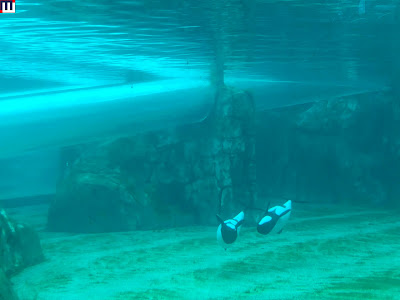 While it sounds really cool to "slide" through a dolphin pool, you actually go through that section very quickly and the water sprays up into your face making it pretty hard to see 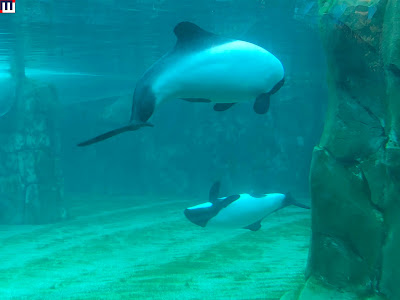 So if you want a better view of the dolphins you can go to the viewing area or... 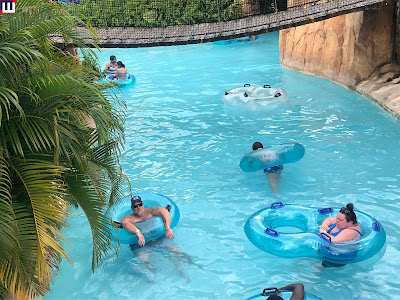 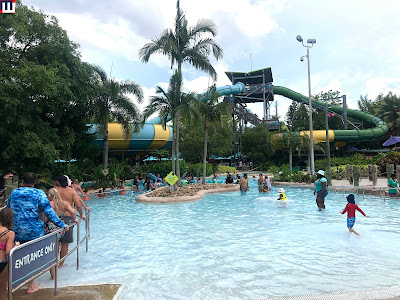 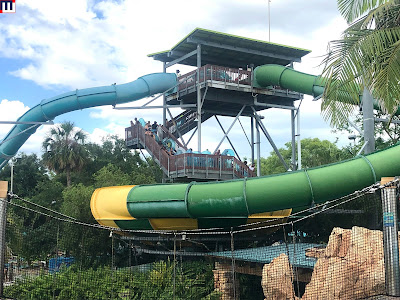 Tassie's Twisters is a set of bowl slides that empty riders right back into Loggerhead Lane. 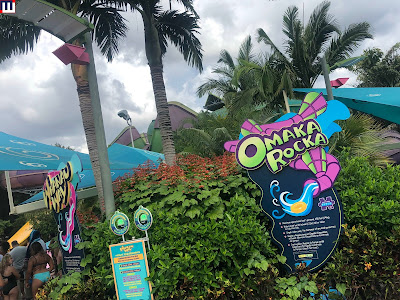 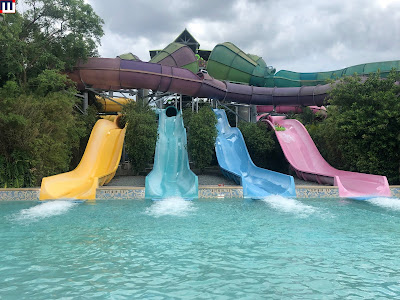 The four colorful slides are Whanau Way.  They require dual person rafts and feature a couple of curves before a double down into the catch pool.  Omaka Rocka is a set of 2 slides that uses single rafts (though they are funky looking) and takes riders through 3 rocker balls which send the rafts back and forth before sending them on down the slide. 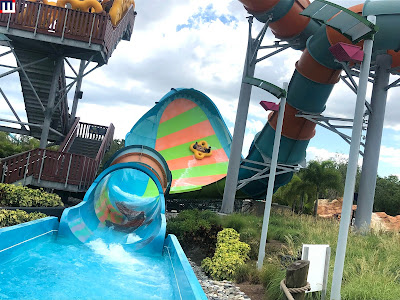 Kare Kare Curl is a clover leaf raft wave slide.  There's really nothing overly special about it and I question the long lines that it demands. 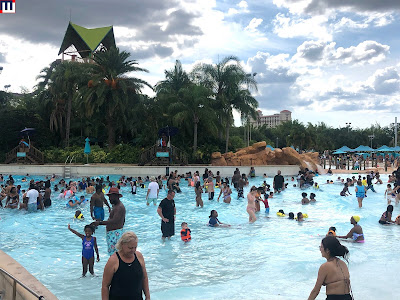 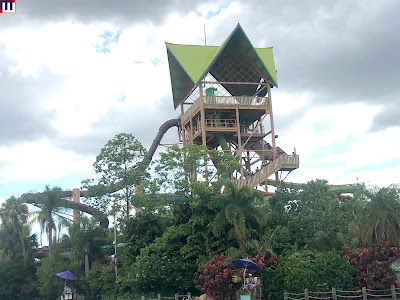 Ibu's Breakaway Falls is a set of 4 bodyslides. 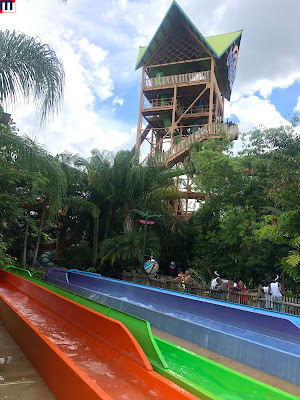 The slides are over 80 feet tall.  Three of the slides feature drop door launches and the fourth is a traditional launch.  All four have similar layouts. 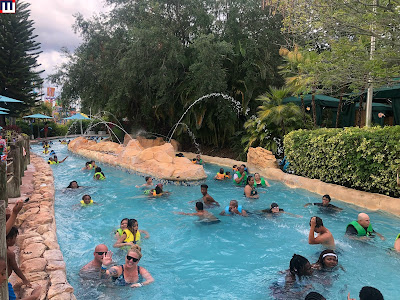 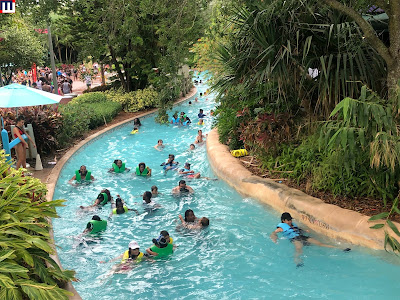 The first thing you'll notice is that there are no rafts allowed in this river.  However they strongly recommend all participants use a life jacket instead 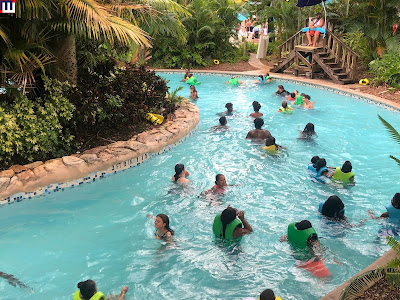 The current is very strong and the there are lots of fun experiences along the very long route.  Just don't go in expecting it to be relaxing - it is very strenuous. 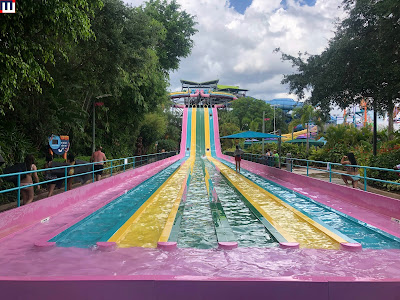 Taunmata Racer is the park's downhill mat racer.  It is a lot of fun 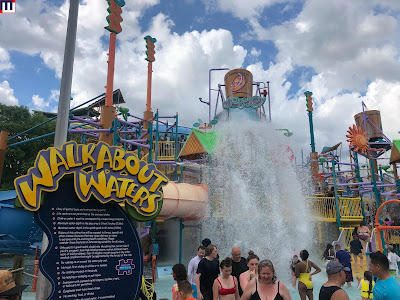 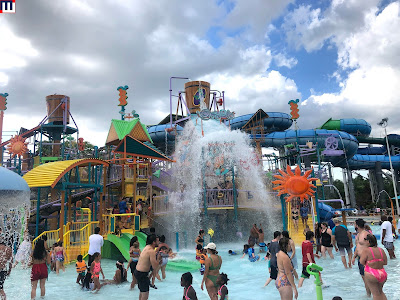 How large?  It has two large buckets. 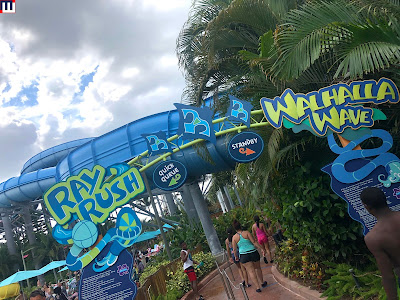 Ray Rush and Walhalla Wave are the two large raft slides at the park.  They also share a slide tower. 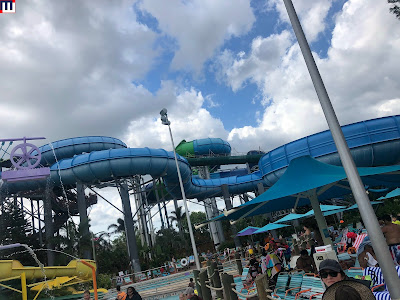 Just keep in mind that you must have at least 3 people to ride. 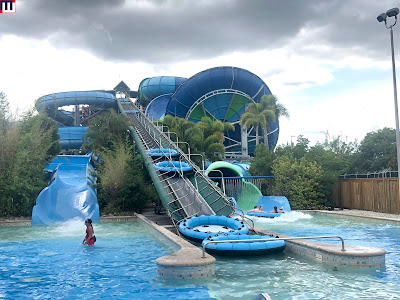 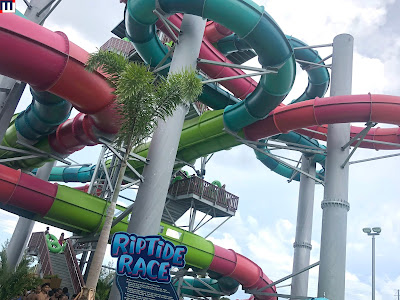 Finally, this is Riptide Race. 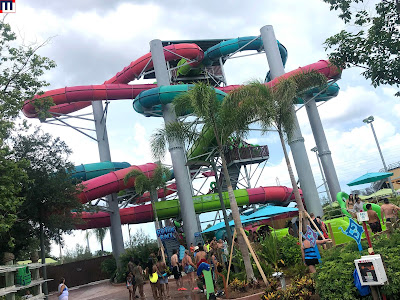 This is the largest head-to-head racing slide in existence.  It is so much fun.  You actually will have the other slide be visible right next to you several times along the route.
This is a great waterpark and I highly recommend it.
Labels: 2021 Trip Reports, Aquatica Orland
Newer Post Older Post Home