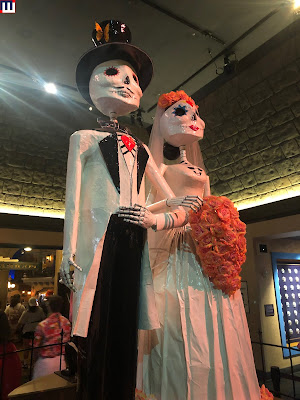 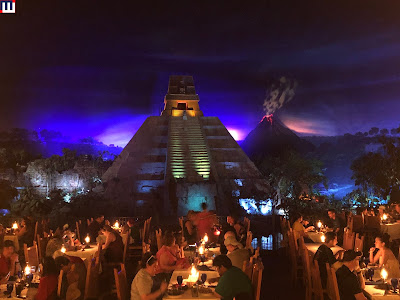 Inside the main portion of the pavilion is an indoor dining area and a market place.  The entrance and exit for the lone attraction is also located in this area 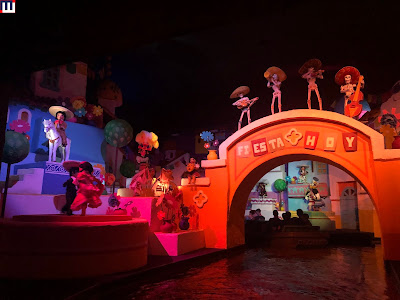 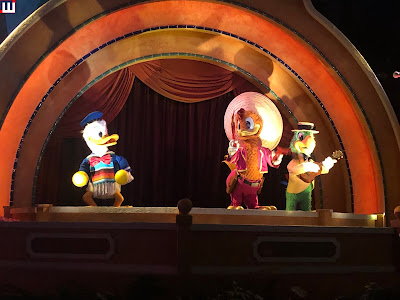 The main appeal of the ride is the three amazing animatronics of Donald, Panchito and Jose at the end of the ride performing their signature song from the movie 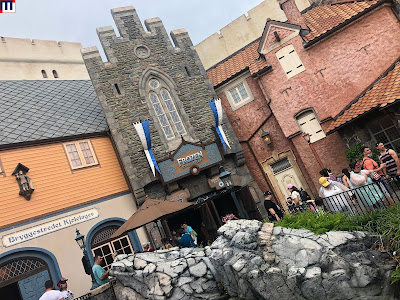 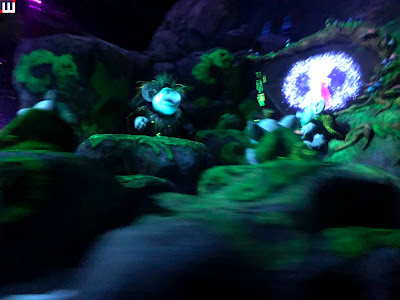 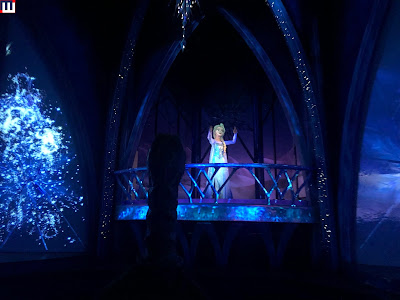 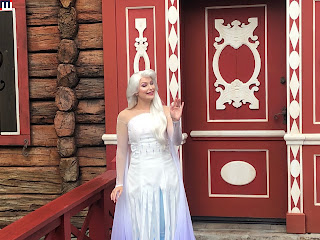 Speaking of Elsa, she is currently meeting outside her Summerhaus for socially distanced photos 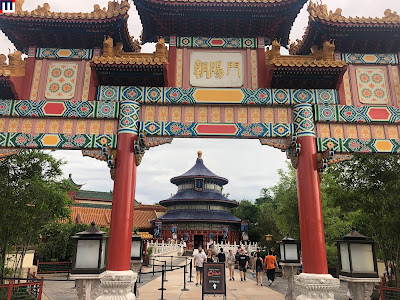 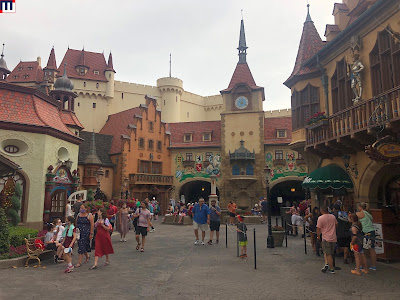 Germany is next.  While there is no ride or attraction here, there is the Biergarten which is home to an Oktoberfest show that is really a lot of fun 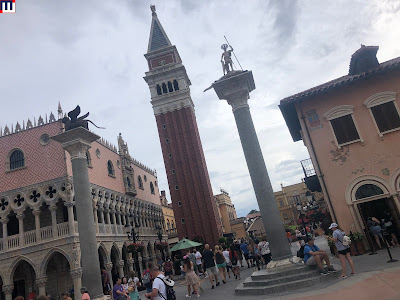 Italy comes next in our tour around World Showcase.  It has some interesting shops to check out 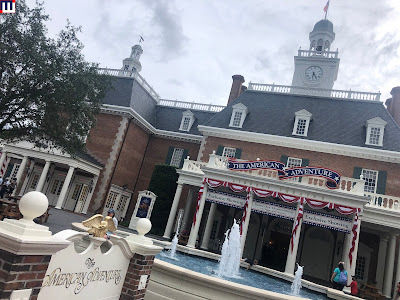 The American Adventure is the halfway point around World Showcase.  It features an amphitheater, an expo hall which is currently featuring a tribute to Soul music and the American Experience show. 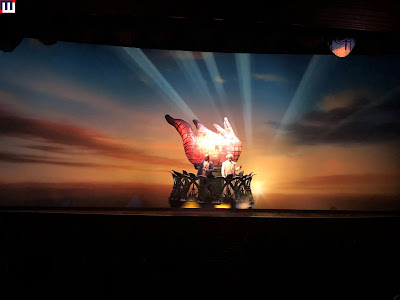 The American Experience is a large scale animatronic production that is hosted by Ben Franklin and Mark Twain that covers an abbreviated history of America.  The scale of this show is hard to explain without one being there.  It is huge. 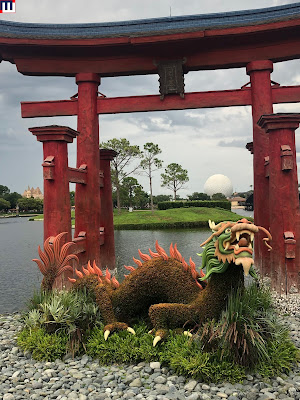 Japan is the next pavilion 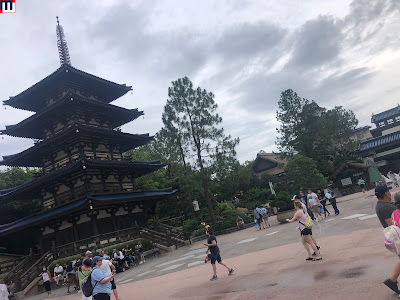 There is an expo hall here as well that covers different pop culture elements from Japan.  There are also performances by Taiko drummers and other ethnic demostrations. 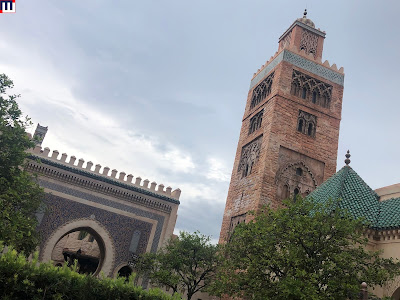 Morocco is the only representation of the Middle East in World Showcase.  It is currently going through renovations which means there is not much that you can see other than this view. 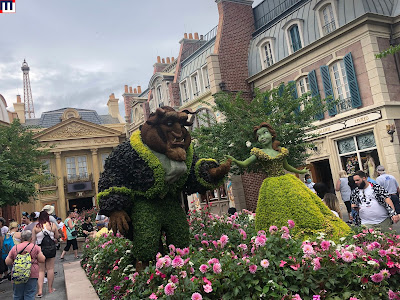 France is quickly becoming on the largest pavilions in World Showcase.  It has two different shows playing in its theatre.  Impressions de France is a tour of the country.  Then there's a sing-a-long to music from Beauty and the Beast 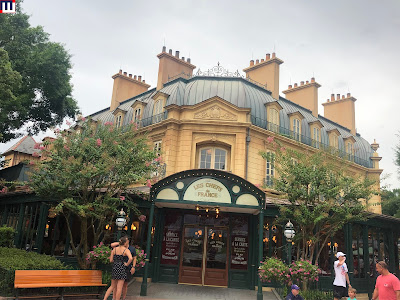 As in the real country, there is an emphasis on food in this pavilion 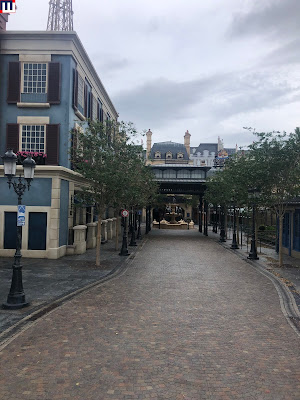 Opening later this year, a huge expansion to the pavilion featuring a new Ratatouille ride will more than double the size of the current France pavilion 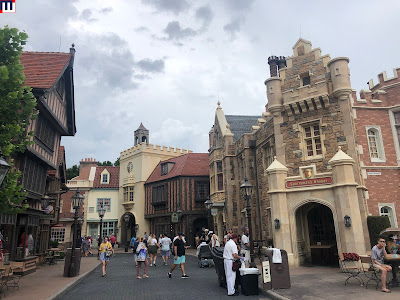 The United Kingdom pavilion is in desperate need for an attraction. 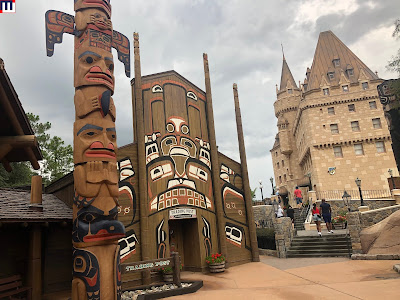 The final pavilion in World Showcase is Canada 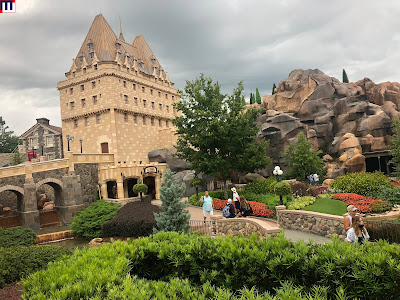 The lone attraction here is a Circle Vision movie.  With that being said, there is a really good steakhouse that calls Canada pavilion home. 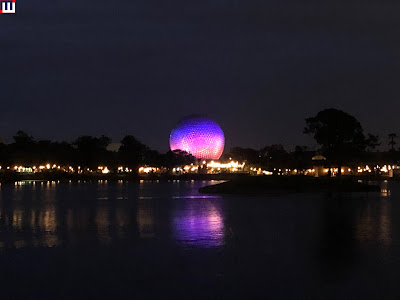 and that concludes our tour of Epcot