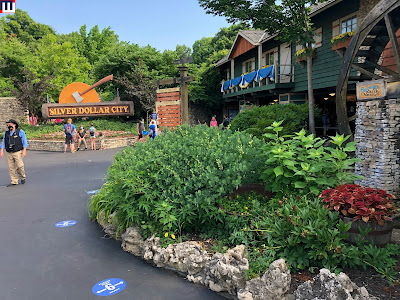 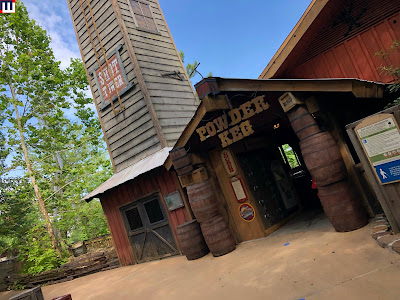 As always, I started the season off with a Blast on my favorite coaster at the park - PowerKeg 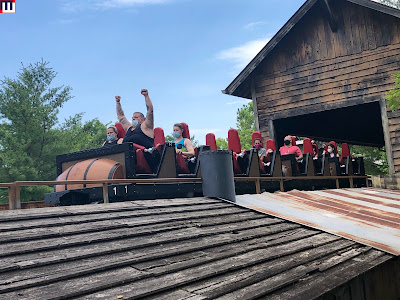 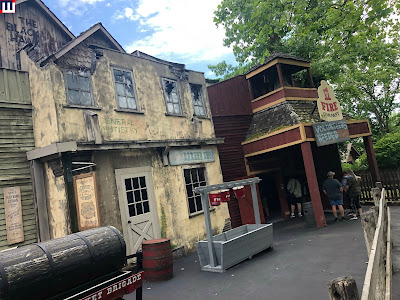 Next I ventured down the hill from PowderKeg to Fire in the Hole.  The coaster has received some work during the extended off season.  Much smoother drop transitions and it appears that most of the sound and lighting is working 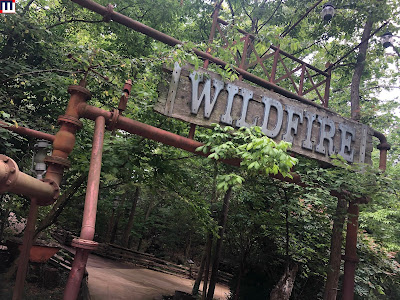 Since we are in the area, let's hit up Wildfire next 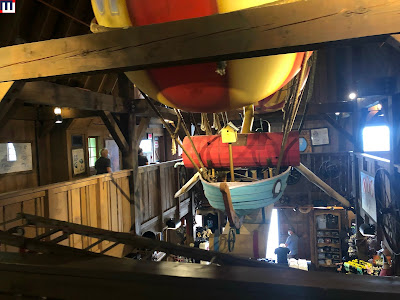 Just a little bit of a line today.  They actually sent us upstairs into the extended queue 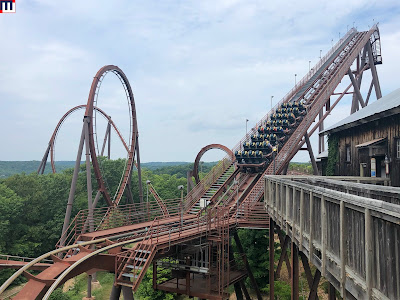 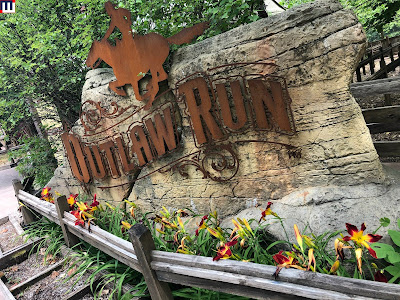 Continuing our way around the park, next up was Outlaw Run 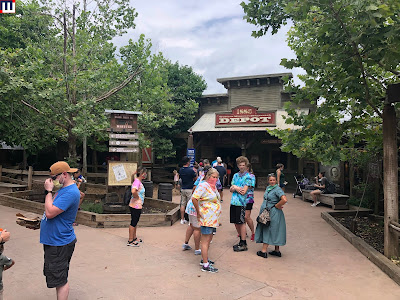 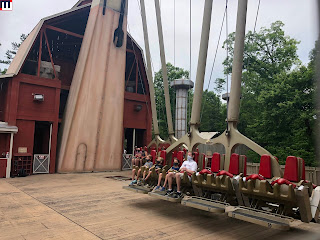 We rode the Giant Swing next.  It took awhile to get on due to the strange new seating set up 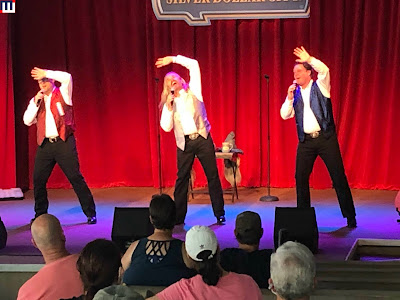 We stopped in and watched our friends perform in the Dockside Theatre.  It had been way too long since we had visited with the members of the Sons of the Silver Dollar in person 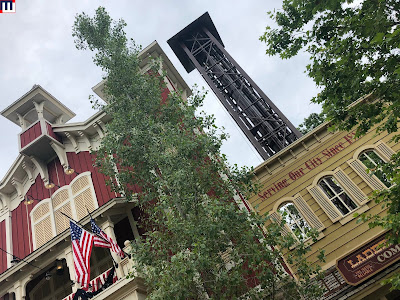 Fire Fall was open, so we decided to ride it next 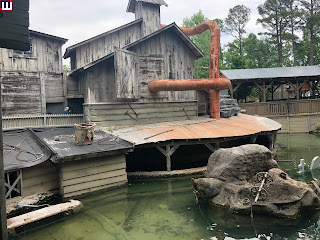 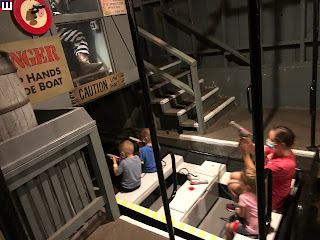 The Mine is looking pretty good right now 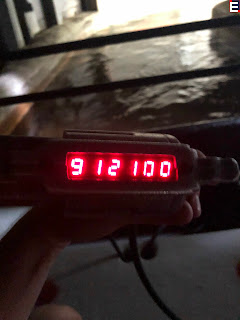 I had a good gun.  This might be my highest score ever 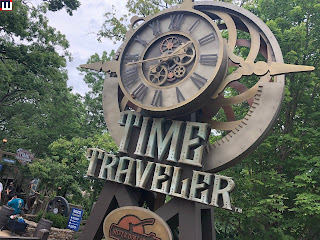 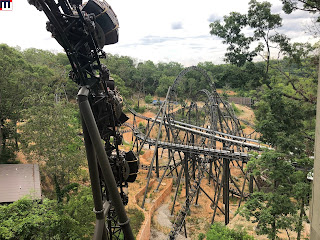 The drop still gets me 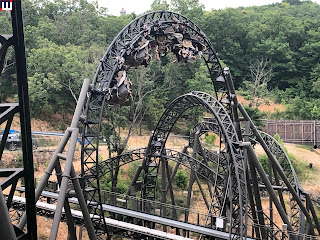 I don't think I ever faced forward the entire ride 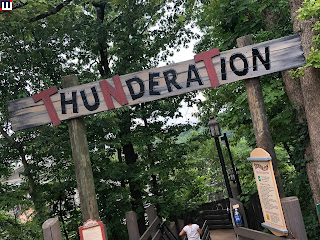 I decided to ride ThuNderaTion next.  No one else in my group would ride with me 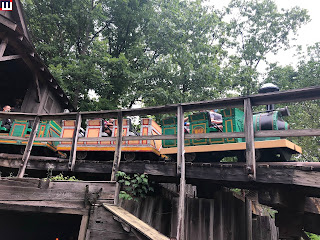 There are some major bumps in the tunnel and the following curve.  It would be nice if the park would just retrack the ride.  It is a great layout and a lot of fun, but those spots can be painful if you do not brace yourself. 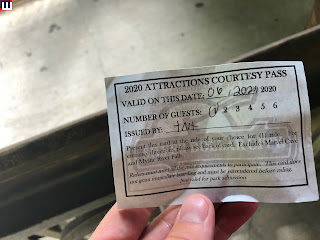 I got an "extended" ride on TNT - our train came to the stop at the brakes right before the lifthill and there we sat for quite awhile.  Eventually some mechanics came and checked it out, nothing wrong with the train, some error up in the station.  So we were released forward and got to finish our ride.  They gave everyone that was on board an exit pass - and of course I used mine on PowderKeg 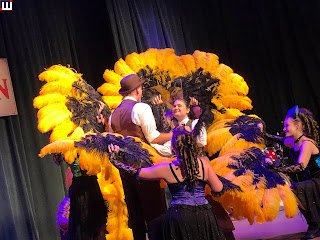 The Saloon Show is currently performing at Boatworks Theatre.  You'll notice that it is mainly the same show from last year, but it has been changed to feature COVID-19 PPE sight gags 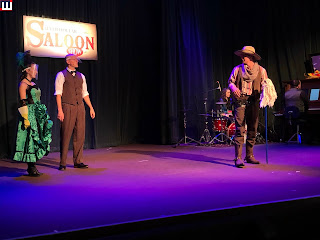 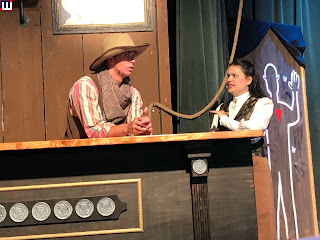 There are quite a few new faces in the cast including Charlie, 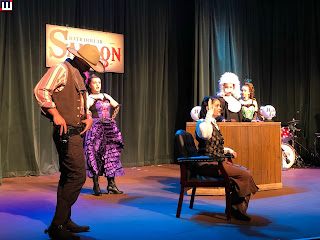 The biggest change is that there is no more crowd participation.  Honestly it works 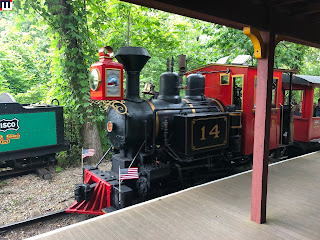