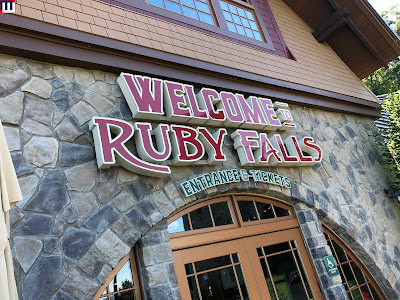 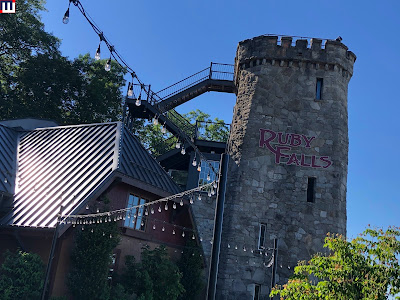 So this castle tower is pretty interesting.  It was constructed with rocks removed from the caverns below when they were making it accessible for visitors 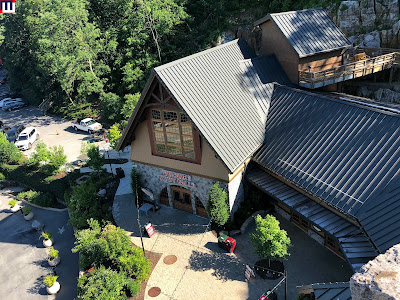 Now it is used as an observation deck.  This is the entrance complex to the Caverns 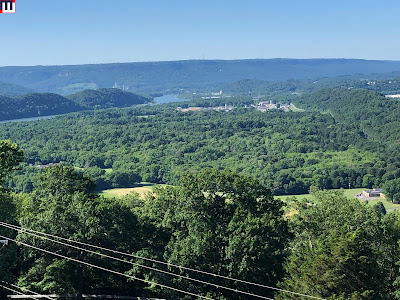 There in the distance is Chattanooga, TN 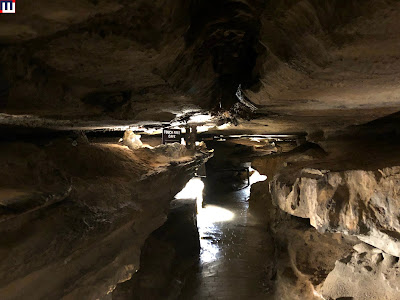 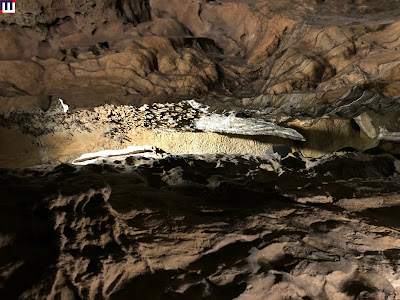 Looking up at the natural ceiling.  Lots of cool formations 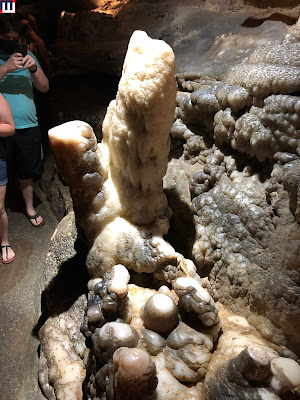 This is called the cactus and candles 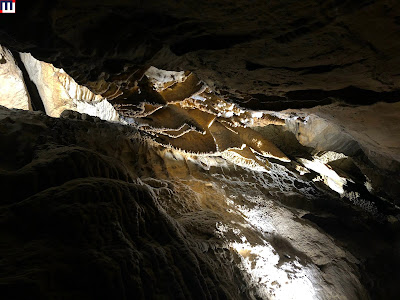 These are bacon formations 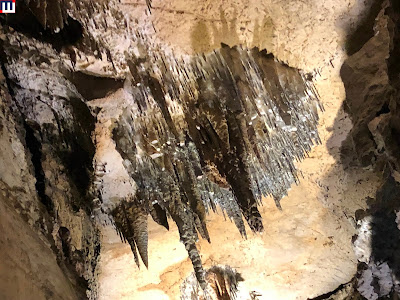 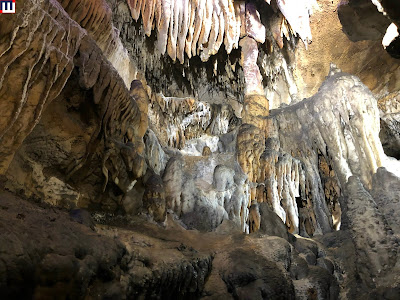 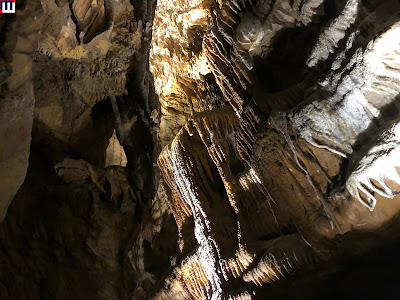 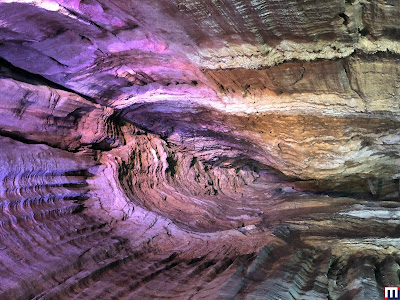 This is the room that gives the Caverns its name.  Ruby Falls was named after the discoverer's wife.  The falls originally fell from the dark sport in the reddish area of the photo. 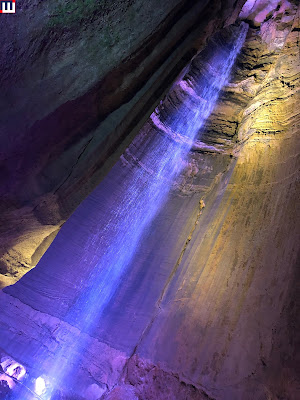 Over millions of years, the falls formed and shaped this room and moved to to where it is now.  This is the tallest discovered underground waterfall in existence. 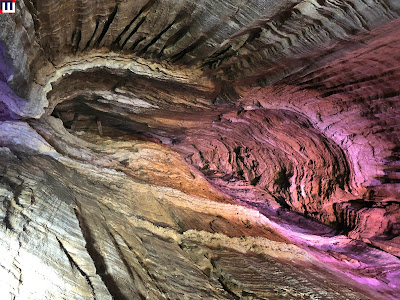 Again looking up at the top of this very tall room.  You can see how the falls moved across the room.  The current location of the falls is to the left of this photo 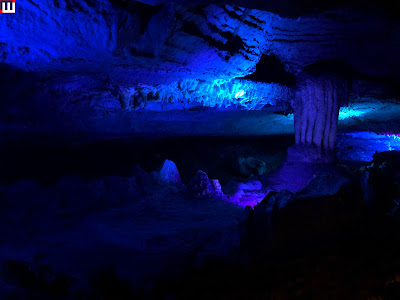 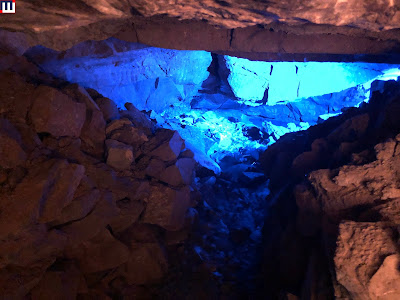 This is the first visible existence of water in the Caverns from the Falls.  It eventually flows out to the Tennessee River. 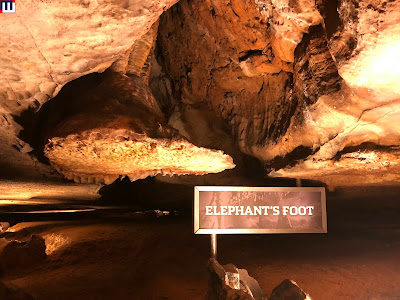 The final formation on our tour is the Elephant's Foot 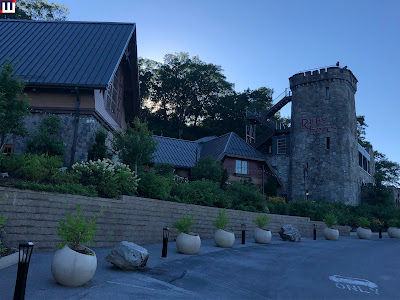 This is only a small sampling of all the things you will see while taking the tour at Ruby Falls.  This was definitely a highlight of our stop at Lookout Mountain